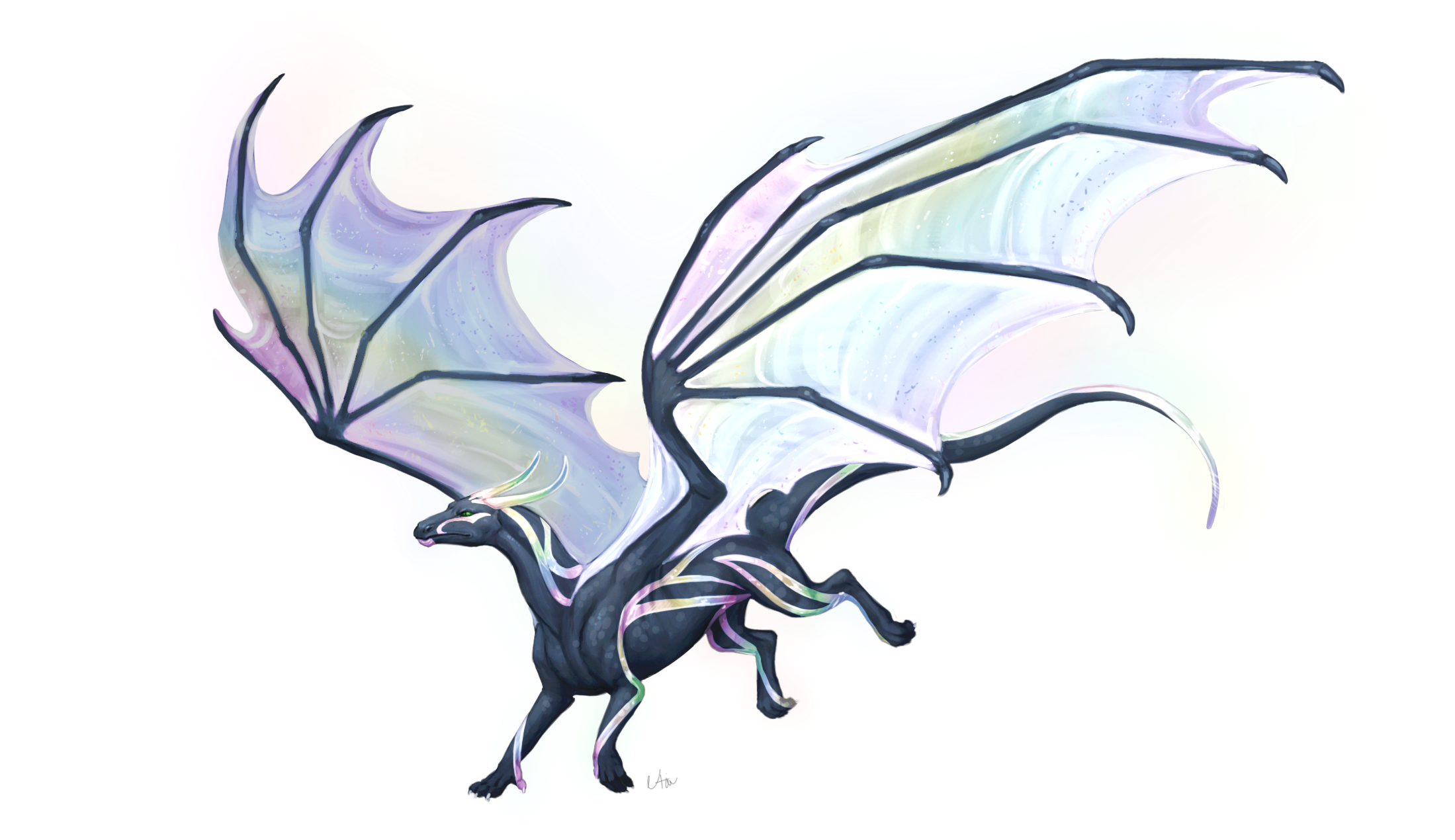 Ainara is a dragoness in her adolescence, standing around six feet tall at her shoulders with an enormous wingspan of over thirty feet. She is half western dragon and holds that configuration, with four legs and two wings. In general build, she is rather plain: she has no spikes or frills, her scales are smooth and small, and she only has two long horns that sprout from the top of her skull, curving slightly up at the ends.

Her main coloration is dark grey, mimicking the darker variations of young gemdrakes that have not yet had their scales crystallize. However, this comes directly from her father, who had scales of blacks, greys, and silvers - and her true gemdrake attributes are found in swirling markings of opalescent white, along with her horns, claws, and wing webbing. As she grows - if she continues to eat specifically opals for her gem-diet - these markings will become somewhat rough, very iridescent, and develop a bright shine as the scales and webbing crystallize.

Unlike her mother and sister, she has bright green eyes that she partly inherited from the bi-colored eyes of her father.

a shout of anger 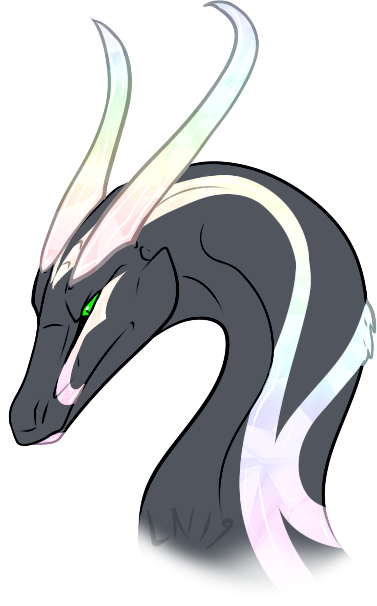 Regardless of the father that loved and raised her, Ainara's hatchlinghood was full of conflict. Her mother was not often around, and there were many times when she was left alone in their cavernous home while her father went off hunting. She came to view her mother with distaste and anger, and this has shaped much of her life.

Her sister's egg was laid when she was but a fledgling; but not long before Seri was due to hatch, their father was killed and her opalescent egg was smashed upon the stones. Hiding until the Faction forces were gone, she quickly snatched up the weak hatchling and hid her in the deepest of the winding caverns; caverns she had wandered since her own hatching and knew far better than the two-legged soldiers who had killed their father. As such, she's become incredibly protective of her younger sister, often to the point of savagery against anything that may be perceived as any sort of threat.

Otherwise, she is haughty and easily irritated, very quick to anger, and audacious to a fault. She intensely dislikes anyone in authority, and acts out in defiance whenever she is confronted by a guard, soldier, or leader of any kind. Strangers draw her mistrust and anger as well, sometimes for as little a reason as drawing too near. She gets into fights more often than she avoids them, and disregards any consequences to her actions. Unbeknownst to her, this is similar to Lyanti - but if told, she would deny it furiously.

Despite this, she is patient and kind to the only individual she sees that matters: her little sister, Seri. She will wait for her sister to do anything, is eager to help, and wishes nothing more than to see Seri happy. Anyone or anything that displeases her sibling is an instant target for her ire, regardless of who they might be.

a call to arms 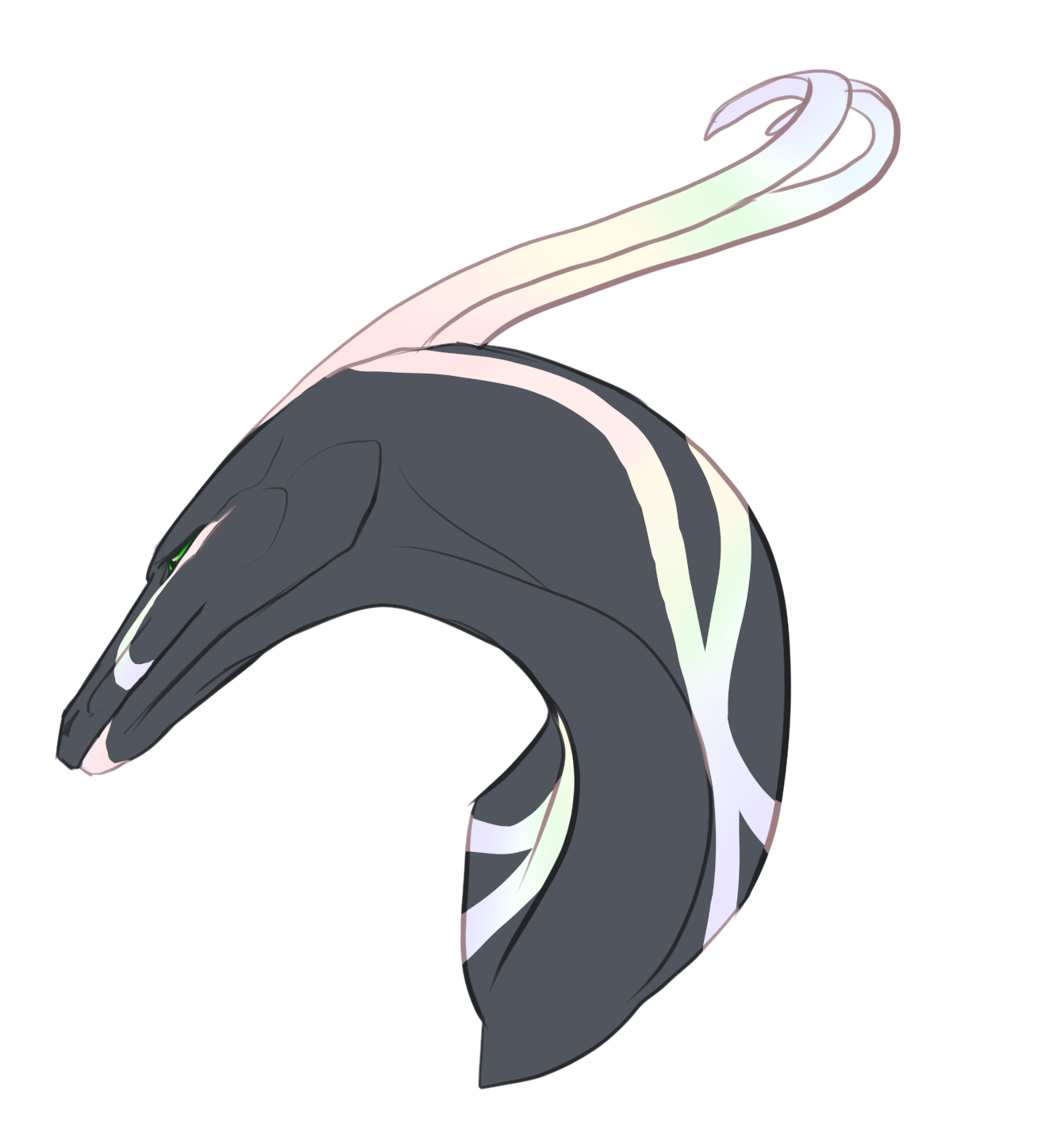 Ever since her fledging, she has known of a peculiar ability to utilize a mixture of light element and pure energy. However, the only way this manifests is as sharp, bladelike spikes or scales formed of light that hover just above her where traditional spikes, horns, spines, or frills might - they glow brightly and have the consistency of glass, are hot to the touch, and are severely damaging to those of dark elemental alignment.

Though not skilled or powerful in their use yet, Ainara is able to fling these as projectiles with varying levels of accuracy; upon contact, they will shatter much like glass, possibly burning anything that they might touch. The intensity of which these detonate depends on how much energy is infused into each light construct.

Currently, these manifestations of light only appear around her head, shoulders, and the end of her tail - though with practice, she will be able to summon them in nearly any configuration across her entire body.

As of now, she's able to summon them only a few times before tiring. As the use of these tires her easily, they are most often used as threat displays or in times of great need (or anger), and thus is a somewhat last resort for her to use offensively. She can't do anything else with her light magic as yet, or with her reiatsu.

a shot at the past 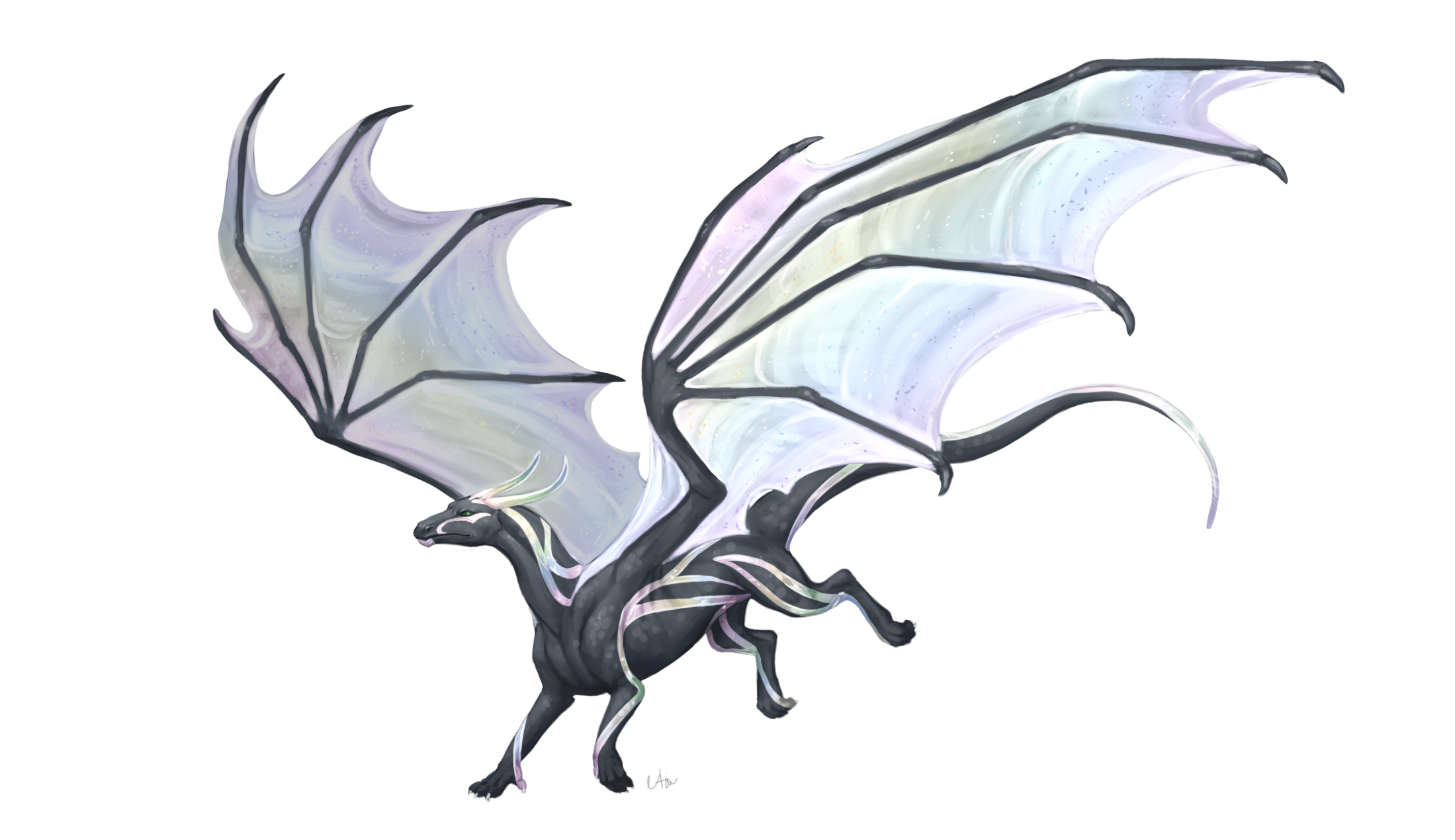 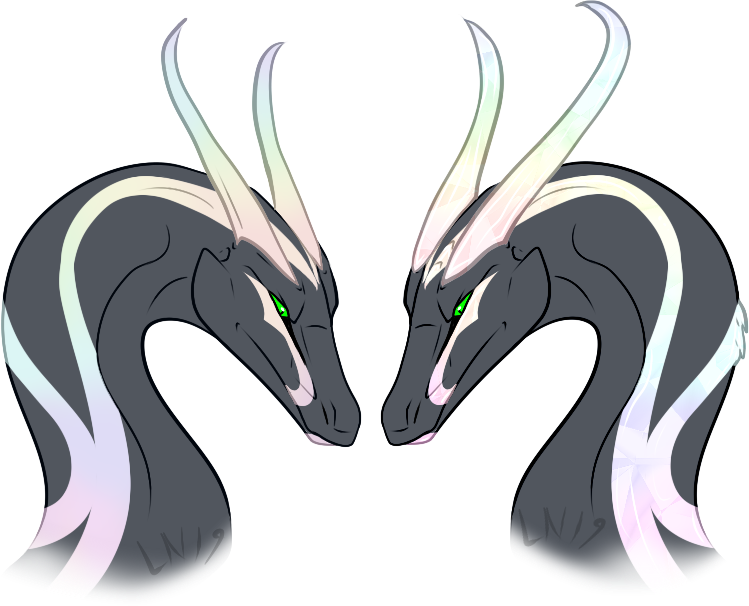 a shout of respect