An unusual specimen of her species, Azyria is rumored to be only part hellwolf instead of full - her ears are longer and more slender than her fellows, and her tail is long and draconic, though covered in velveteen fur. All four legs are shaped more like a dragon's than a wolf's, and her forelegs are covered in sharp, angular scales up to her elbows. Several small spikes break from various parts of her body: her shoulders, muzzle, back and the sides of her face. Her curled horns are spined and plated, exceptionally hard.

She is completely white, save for her forepaw scales, horns, and spikes. Minuscule markings in intricate lines in iridescent, ghostly bronze curl across her pelt, and her horns and spikes are all a deep navy blue. Her eyes, the inside of her nostrils, and the inner portions of her mouth all glow a sharp electric blue, as is the same color as her aura. The scales are shaded from the color of her horns to purple, then through magenta into orange, much like a bright sunset, and this is repeated in thin veins on her horns and the spikes at the base of her tail. All of her claws are bone white. 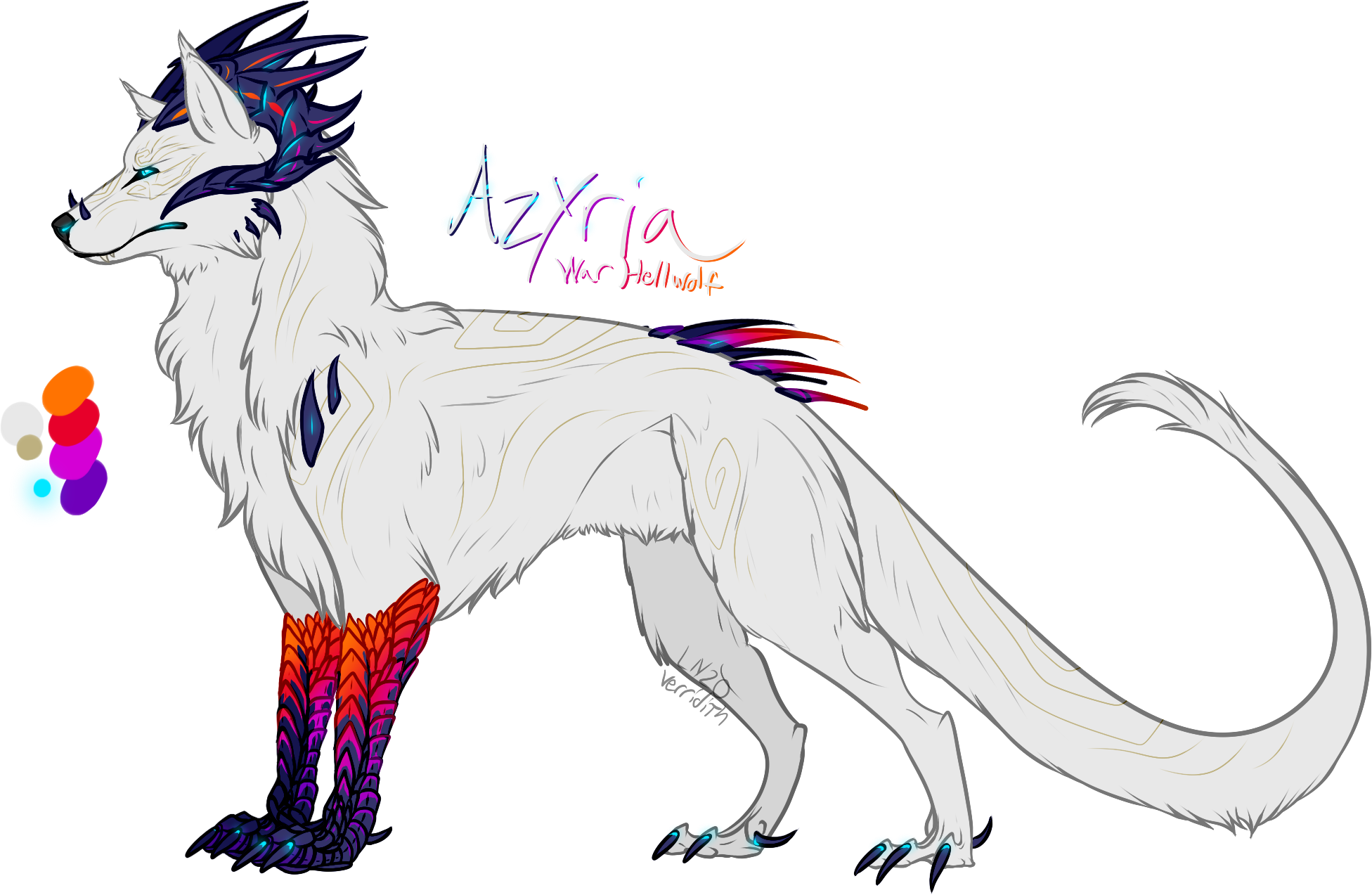 Gifted with War's strength and stamina, Azyria prides herself on being a hei that is as relentless as she is bloodthirsty. She's got a remarkable biteforce, and her aura is somewhat toxic, though she cannot use it away from her body like most that may utilize their reiatsu. She may infuse her teeth with it to burn and poison others; her saliva is also tainted with it, and glows a bright blue, as does any blood from her nose and/or mouth. 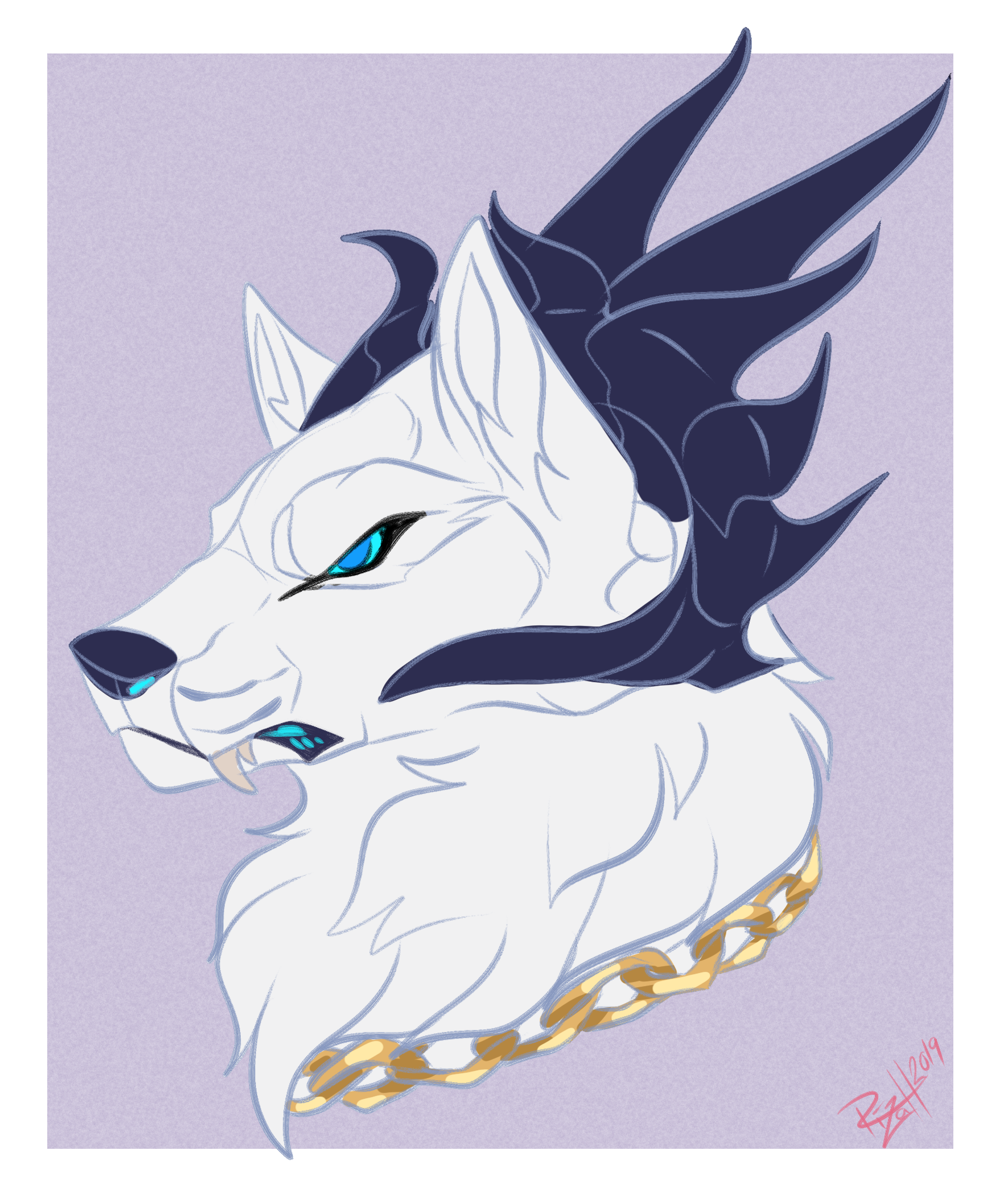 Being bitten by her aura-infused jaws generally brings great pain and acid-like burns, as well as weakness and illness later on. Bitemarks like this, as well as clawmarks, have been known to leave scars that may glow blue on occasion, as if permanently infused by her aura itself. A number of the Seifuku's packmembers bear such scars from past fights and skirmishes with her.

She isn't skilled in controlling her bite's magic infusion, and can deliver more than she wants or too little, depending on how her opponent or prey is bitten, and has been known to force enough power into her attacks to prompt the edge of an overtax. Her magical reserves are not large; and her energy is mostly physical.

Savage and cruel doesn't begin to describe who Azyria is. Born and raised in the Seifuku Suru, she was taught how to kill since puphood. She was found to have a knack for torture and an insatiable bloodthirst, and grew into a haughty and arrogant female with a lust for battle little can sate. Impulsive and reckless, Azyria is the first to spring and chafes at being held back, especially when she sees a weaker opponent as prey to be slaughtered. 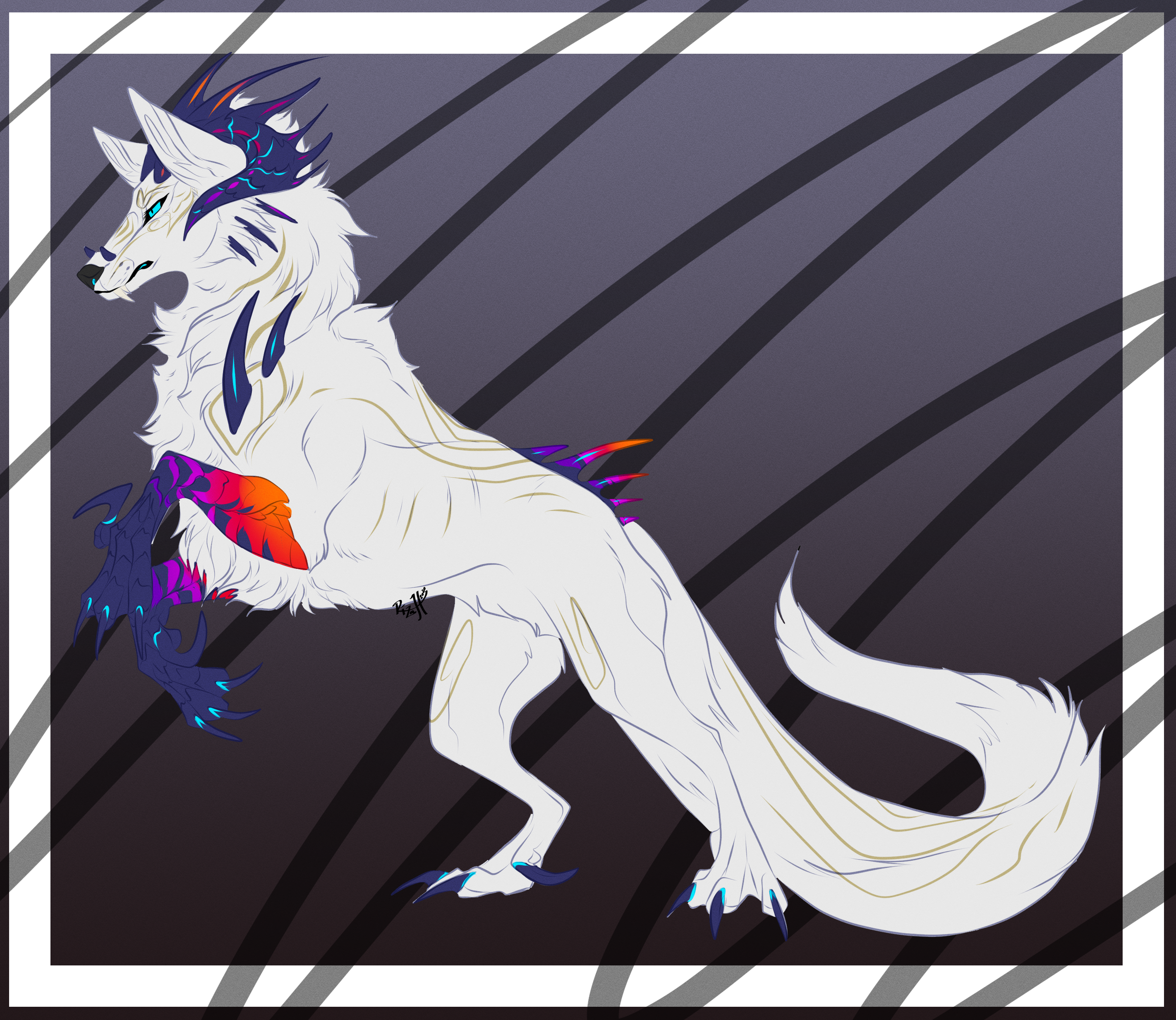 She loves nothing completely, and sees lesser creatures as either fools or food. She cannot fathom why lesser animals may desire power, but neither does she like demons being more powerful than hellwolves - she dislikes authority, and loathes royal demons for the ability to order her to do anything that they want. Likewise, she hates males of any species for thinking themselves more powerful than females, and wishes to see any who claim to want her burn in hell. 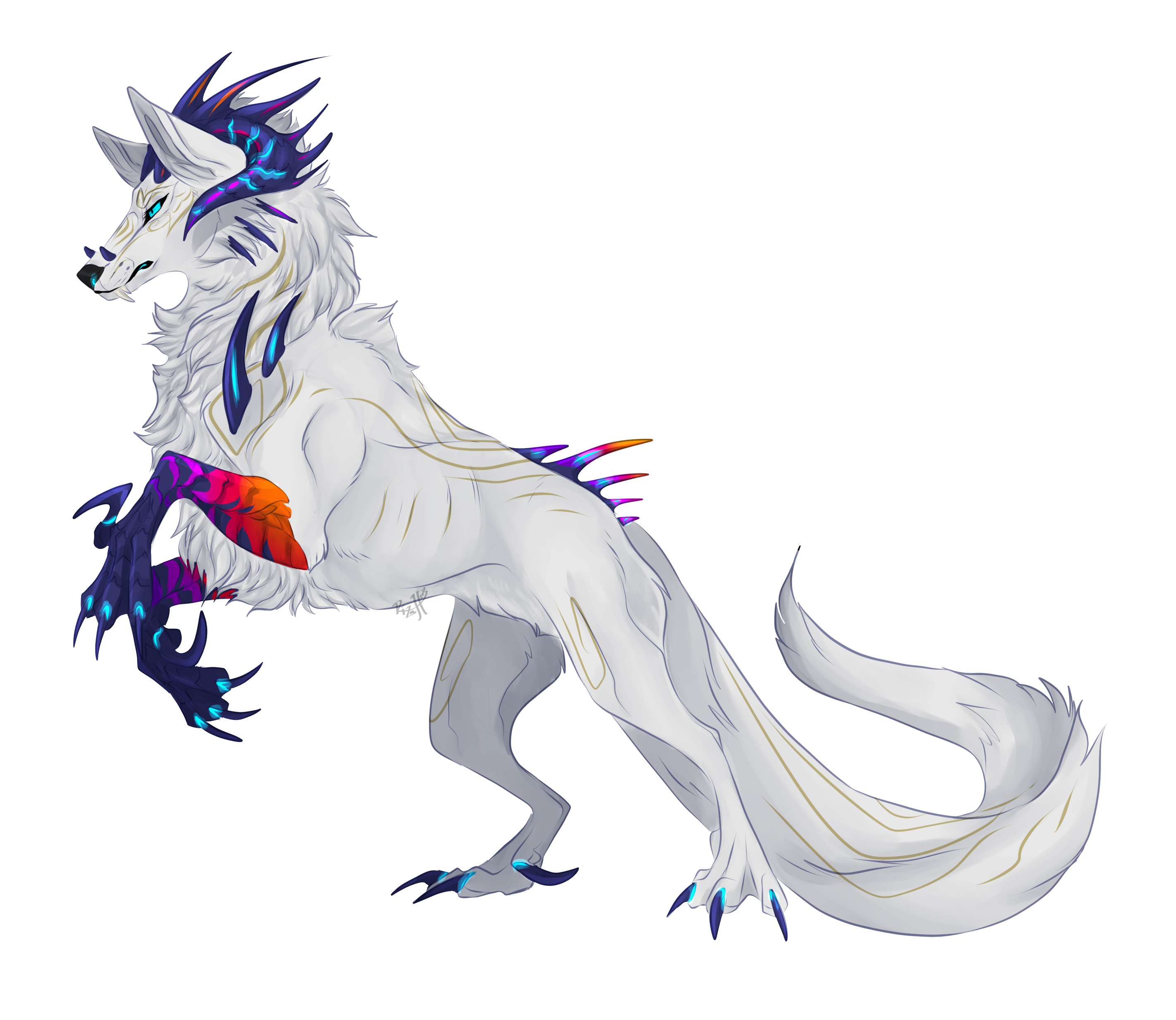 You wanted a nightmare - and you just got it.