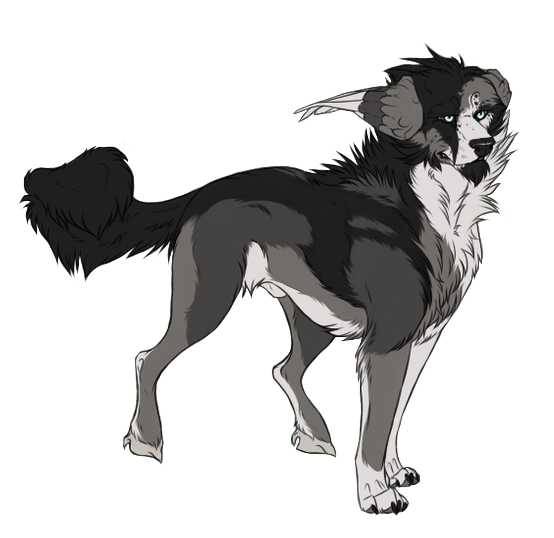 Character and coding (c) me; design and original art (c) AIyxz. Other art (c) Littleravine, KFCEmployee, and myself. Background (c) Greenleaf-Stock. Thank you!

Soul of the Pack

Gallow, or Gallendros, was not born in the Myr pack; in puphood, he was born into a smaller pack among several siblings, settled in the mountains of Kerguelan, in Xaeri.

His birthpack, called Acinno, had moved from the Myrlands many years past when they lost their territory to a half-crazed Celestial dragon. He doesn't remember the old packlands, save for the sky falling around them as the alpha of the pack opened a portal away. Though the alpha perished, his little family and several of the pack members escaped, to live out their lives in the snowy peaks near the Crystal Spires. 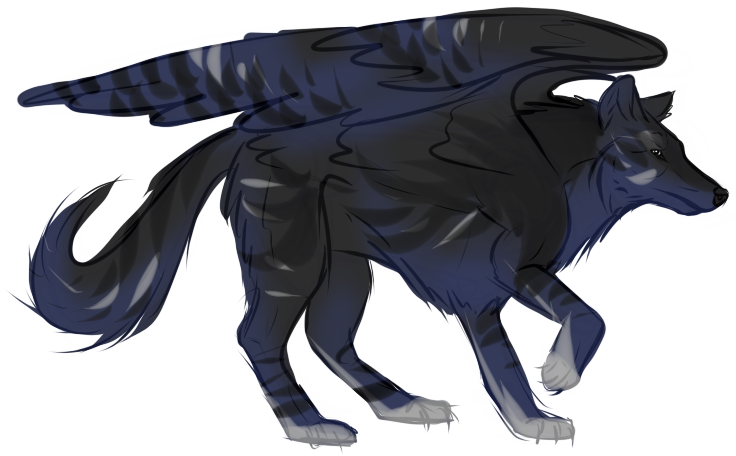 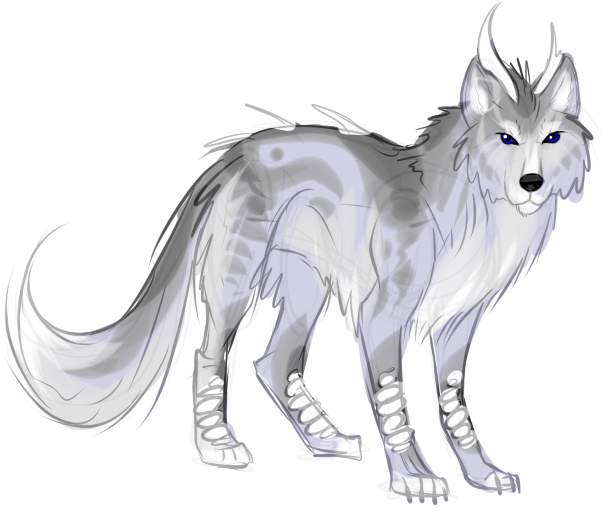 His mother was a black she-wolf with large feathered wings, and his father a grey and white wolf with darker markings, white horns atop his head and scales on each leg. He was born not with a large pair of wings on his back, but a small pair atop his head, where his ears should go; but he never allowed the teasing of his packmates or siblings to get to him, instead growing into a fine adolescent by the time his parents died.

When the pack split apart, he traveled back to his native homeland, and wandered until he met a Myr patrol along the western border. After explaining his circumstance, they took him to what is now known as the Old Densite, and he was eventually accepted into the pack.

Years passed and he grew into a fine adult, becoming one of the Myr's Elite Guards. Now, he is one of the most trustworthy and loyal members the Myr has, and can always be depended upon for a pack member in need.

Heart of the Wolf

As an older adult, Gallow is tall and well built, coat painted in shades of grey, white, and black. His body markings are symmetrical, though his face is marred with a multitude of shades, one eye covered in black and the other framed in white. His long and fluffy tail curls slightly at the tip, and tends to wave when he walks, fur silky to the touch. Unusually, he has a pair of fully functional, though vestigial, wings - they sit atop his head where his ears would normally be, and can move much like real wings in any way he wishes. Each hind paw is a spiked hoof, giving him an odd-sounding gait when walking over something hard. His eyes are differently colored, the left a light blue, and the right a smooth silver-white.

When in times of high emotion (or when he's showing off), Gallow can summon two forward-sweeping horns, white in color, that sit between his ear-wings. If broken, he can regrow them easily, and they are smooth and warm to the touch unmarred by scars or pockmarks.

He also has the ability to cover himself in bony plates. When completely covered, he resembles a heavily scaled, white creature; the mobility of his wing-ears is suspended, and only his eyes and nose are visible. He may also appear with partial plates, in whatever form or fashion he wants. 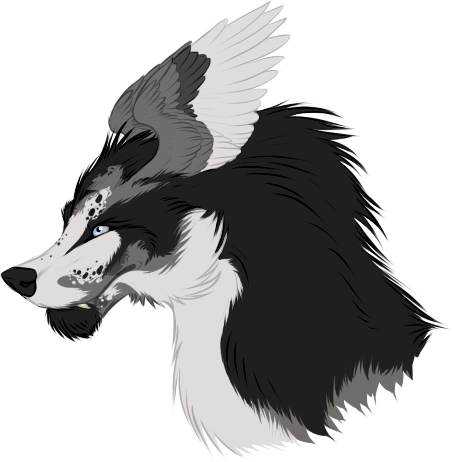 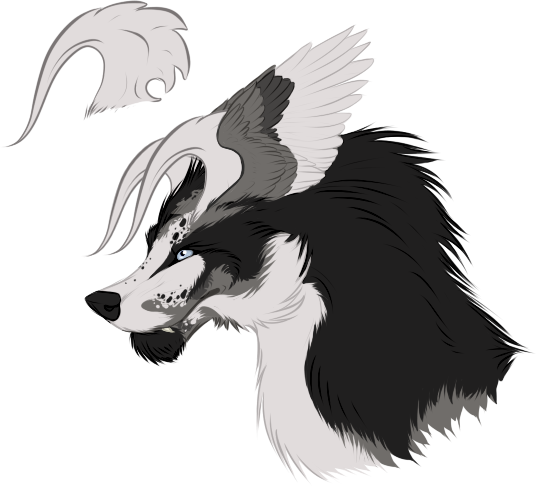 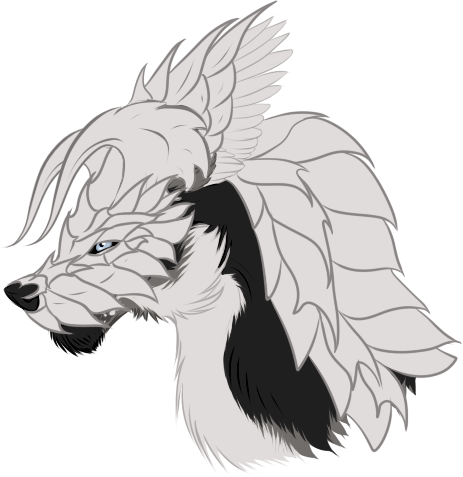 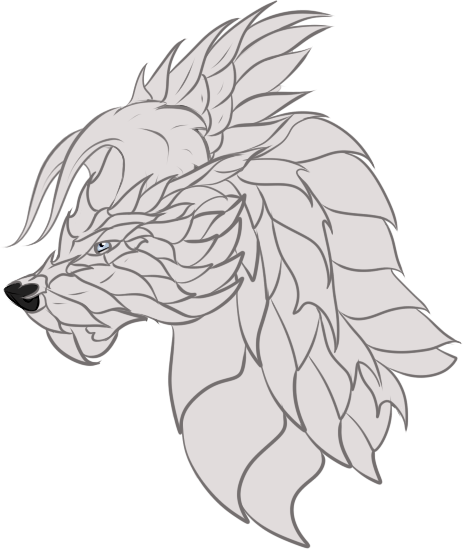 Bones of the Earth

Gallow's abilities revolve around the power to mold hard, white bone plates around him in protective armor. Each plate is sharp-edged, and he can summon it in any configuration he wants, including being able to cover himself completely in hard, plated scales. They are all a uniform white in color, and generally vary greatly in size and display.

He is able to lift and flatten them to some degree; and though they are light, his speed is impacted, and thus rarely uses them for offense. Instead, he's fond of just using his horns and fangs as weapons, and using the bone plates for defense. Summoning and banishing them too many times will wear him out quickly, and thus he tries to limit what he does.

When covering himself completely, the plates begin to form from his hind legs up.

Song of the Sky

Having been an Elite for many years has made Gallow confident and courageous, and a very outgoing individual. He is rarely shaken, and tends to approach problems head-on, sometimes impulsively and without stopping to think of the consequences. In his job, he is serious and determined. He's loyal to his pack, often to a fault. Most often, he is calm and logical, and is looked to as a mentor by many of the pack's younger members.

Few females have gained his respect - Gallow is somewhat sexist, and tends to think females are weaker and need protection. He is often flirtatious, and enjoys romantic endeavors with females that catch his interest, though he has never settled for a permanent mate and has no idea if his dealings have ever rendered offspring.