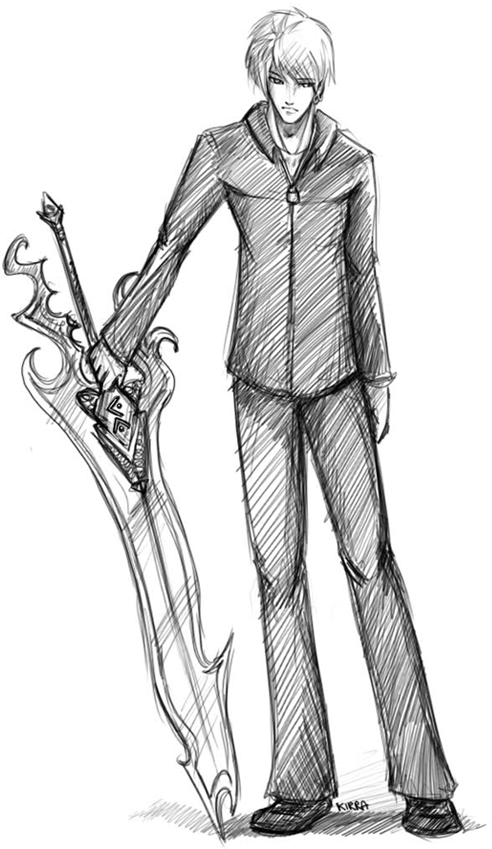 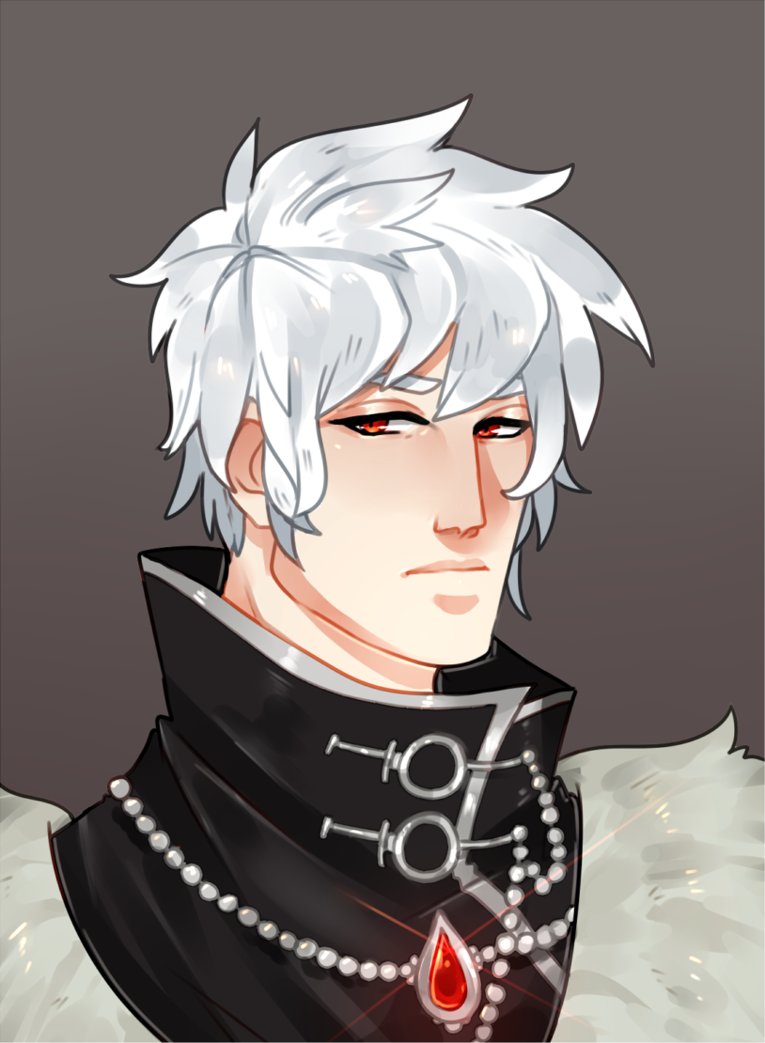 Jekt looks to be no more than an average human, a man in his twenties, with white hair and scarlet eyes; many believe he is an albino, blessed with visions and the Sight. However, he is neither human nor a black-boned Seer - he is an Ancient with both demon and dragon blood, the former Demon Lord of Famine. He is of average height and thin build, wiry yet strong. Jekt's hair is a silvery white that falls around a high-cheekboned face, contrasting sharply with his slanted scarlet eyes. His demeanor is almost always the same - quiet yet kind, gentle even to those he doesn't know.

He often wears a simple black leather tunic and rider's breeches, with buckled boots and a thin, plain belt. A Phoenix Tear - now dulled of its color due to the absence of its partner - lay strung around his neck; he wears two silver earrings on his left ear, and a single silver band around a finger on his right hand. Sometimes, he also wields a very large spirit-weapon, a sword called Kairn; one that houses the soul of the former Lord of Hell itself. It's often referred to as the Hellblade, and has the ability to release the silver-and-red reiatsu of its former Realm at will. In his dragonform, Jekt is quite large, standing around twenty feet at the shoulder. He is long-legged and lanky, with very long, tapered wings best used for quick maneuvers and short flights. His white scales are covered in curling markings, and a thick white mane curls away from his forehead, between long ears, and down his back to the end of a fluffy tail. The webbing of his wings is red, as well as his claws and the tip of his left ear.

Jekt's main power is that of a shapeshifter; he can take the form of any animal with exceptions, though his true form is that of the humanoid demon. Each animal takes on the colors he has in dragonform, or the closest variation - a hawk's plumage would be white and red, for example, a buck white with red horns. His sword has the ability to change with him as well, forming armor for his animal forms, or different weapons to use as he chooses.

Other than his natural shifting talents, he also has a good measure of control over his reiatsu, which he can summon in the form of light-blue lightning or thick, swirling shields. He had also inherited the powers of his father, the ability to steal life energy from the lives and land around him, sucking it dry to fuel his own energy if need be. However, since Slain took the Lordship and his mind passed to Slain's, he's lost the ability to utilize other's energy. He is still, and perhaps always will be, greatly weakened.

Artwork (c) Rofeal (dA), Pixel-Pup (dA), and Kirra from gryffs; icon images to google. Gallery art to photobucket, Skyeh, Hanyoutai and myself. Name banner and shiny boxes to me.