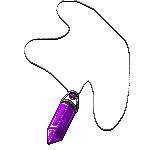 "But you remember, too..."
Kacius
Stormcloak 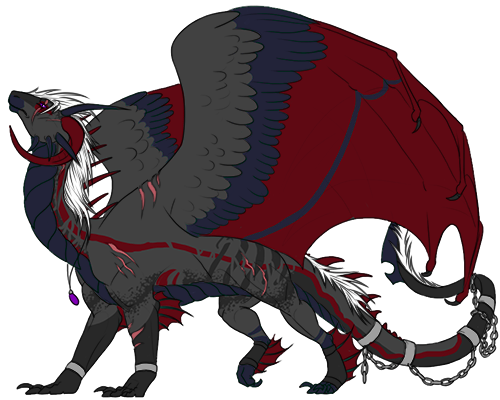 the one who remembers

Far different from his soul-twin, the demon Megiddo, Kacius is as open as they come; he is able to hide nothing, and his eyes and face express every emotion. He is almost excessively gentle, and very, very kind, especially to those he has come to care for and want to protect.

As a knight, he's retained many knightly qualities from both the time before Megiddo possessed his body, and after he rejoined the Order. He has a strong sense of justice and honor, and is loyal to a horrible fault. He'll fight tooth and nail to fix a wrong needing to be righted, and would argue with anyone who seeks to prove him wrong, even those of higher rank. That, matched with his loyalty, makes him an exceptionally efficient follower, able to carry out his knightly duties without flaw.

However, away from his knighthood, to those he considers close friends, he's somewhat easy to push around. He seeks to please those he cares for in any way he can, often to the point of being forced into tasks he generally doesn't want to do, or walked all over in any sort of compromise or agreement. Otherwise, he's a rather carefree and easygoing individual, prone to big smiles and many amusing expressions. He loves to make others laugh, even though he's no good at jokes, and often finds ways to make his fellows happy even in the darkest of times.

Kacius is very adept at the manipulation of energy, and can summon and craft his silver reiatsu into very nearly anything. He is able to shape it with his mind, and solidify it into glowing, silver objects, often translucent but solid. These can range from copies of himself, to shields, weapons, armor, ropes, trinkets, or any other construct he can imagine and craft with his mind.

However, crafting large objects - say a tall stone wall, comprised of thick layers of energy, to protect against some sort of attack - take a lot out of him, and drain his energy quickly. If he uses too much, he's very prone to an overtax, and can be weakened to the point of collapse in the middle of a battle. Though he's usually efficient enough to avoid such drastic measures, when protecting those weaker than himself, he often throws caution to the wind.

the scales of silver

As a dragon, he is a tall Silver with multiple scars, moderate grey and black markings overlayed with a steel blue and deep maroon. Two steel-colored horns jut back from his triangular head towards his neck, smaller horns the same color lining his cheeks. Two long, forward-swept horns curve down and follow the line of his chin, much like a ram's. His wings are very large and wide, feathers growing along the arm and out over the leading edge of the dark red web. Smaller frills tip his elbows and hocks. A thick, white mane sprouts from his skull down his neck, beginning again at the top of his back to the base of his tail, and again in a small tuft at his tail's end.

He wears two bangles on each forepaw and thick metal bands along his tail. Around his neck, Kacius wears the same dark amethyst pendant on a longer chain, glimmering the same color as his eyes. Each back paw is covered in thick, protective black leather gloves.

As a human, he has long, fluffy white hair drawn into a loose ponytail, bright, expressive purple eyes, and a high-cheekboned, regal face. He holds an air of innocence about him that Megiddo lacks, and actively displays whatever he feels upon his face. He retains all of the scars in his dragonform, and his eye scar that Megiddo shares is mirrored from the demon, on the left instead of the right. More often, he wears white tunics and silver cloaks, with light, elven armor and thin, light swords.

One may note that Kacius, despite being rather middle-aged for a dragon, appears very young. Because of his many years of possession from Megiddo, many things have changed about him that he didn't originally have; he retains the image of youth that most do not, the aging process slowed significantly from that of his fellows. He thinks he may have 'frozen', like a demon himself, though it's unclear if he has or not.

After being freed from Megiddo, his black-and-teal hair changed to pure, snowy white, and one of his scars flipped to the other side. His dragonform became lighter in color, and the teal coloration turned to a dark steel, with a white mane that had never been there before. He still retains his purple eyes, and his basic features, even after so many years being under Megiddo's influence.

Art credited to Metal-Beak on deviantART and myself, Blazeh/Verridith. Coding and content to me!