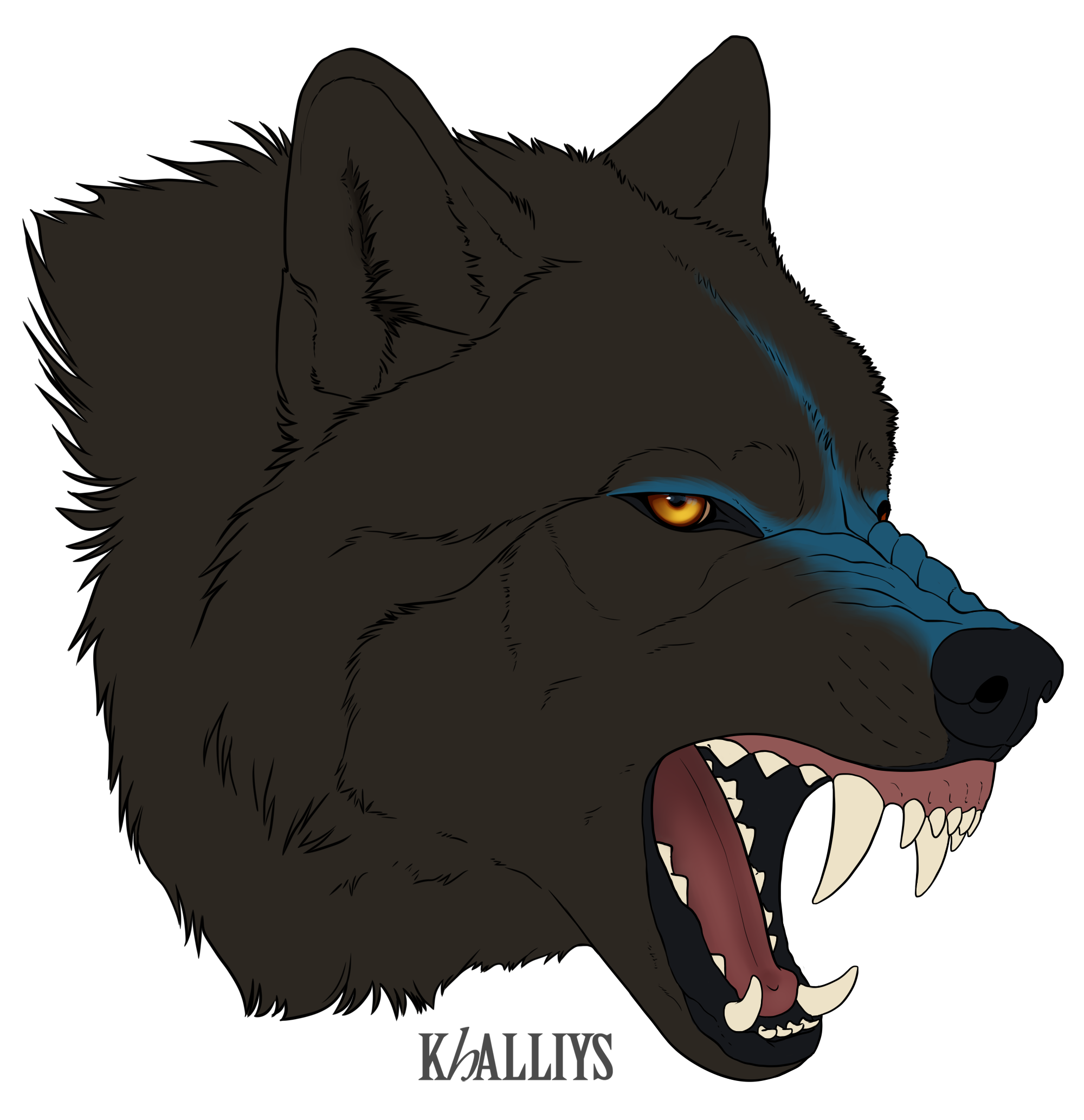 Karkaras is physically strong, though not very fast without magic - he is built for stamina, not speed, and often has to take a running start to even get airborne quickly.

However, he is exceptionally adept at the element of darkness. Weak to light magic, and even irritated by the light of day, he has built up enough immunity to walk unperturbed in direct sunlight, and has learned to deflect and defend against light-offensive attacks. Healing magic has no effect on him, and thus when injured, he must either be healed with dark reiatsu or naturally, on his own.

Offensively, Karkaras can utilize the shadow element much like a mage. He can focus it into blasts, create shields of darkness, thick ropes of black or deadly obsidian shards - black fire, and lightless energy, as well as shadow-teleportation are all abilities at his command.

As a direwolf, Karkaras stands around the same size as a small horse; he is leanly built, though muscular, and has large, flightworthy bat wings. He is a pitch black in color with blue markings around his face and on the backs of each wing, as well as the very tip of his tail. The undersides of his wings are a uniform shade of deep blue, matching the markings of his fur. Two spots on each wing are as gold as his eyes.

Karkaras has a gruff and acidic personality to those he does not care for, and can be downright hostile to outsiders. He is quick to anger and exceptionally arrogant, can be very violent, and prone to lashing out at anything that moves. To most, he is considered an incomparable asshole, especially to those who have not spent much time with him. When irritated, he seems to bleed darkness, and can disappear for long periods of time until he has sufficiently cooled off.

However, there are a handful that he shows nothing but kindness (if hidden by a hard exterior) to a very select few individuals, and he has been known to be a very kind and affectionate father. To Zoik, he is gentle and patient, and with his mate and pups, he is very loving and kind. Threaten these, however, and be met with fangs and black fire - for anything that hurts those he cares for is due to die a terribly painful death.