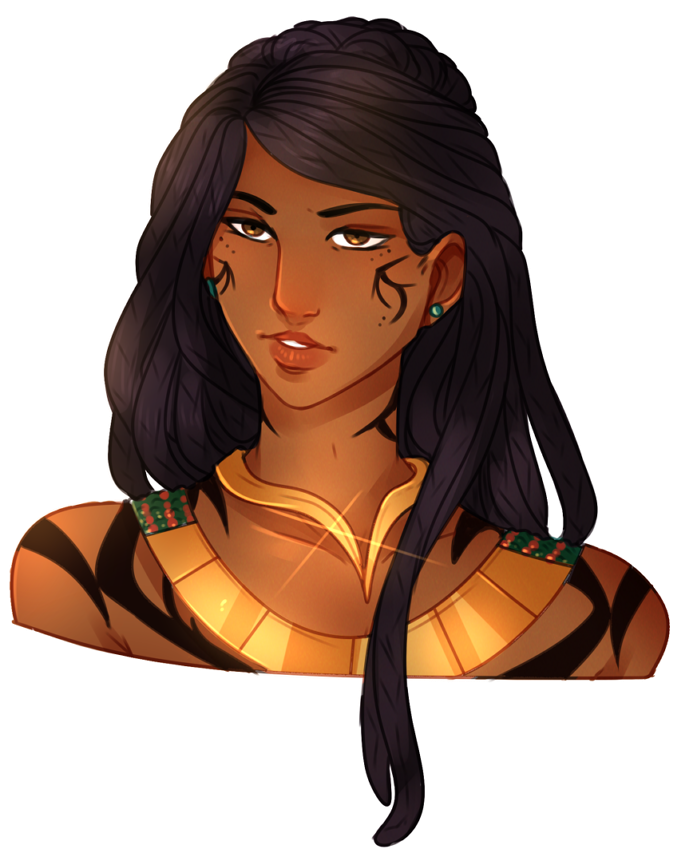 Tall for one of her kind, and lithe, Kiya is nevertheless a beautiful woman with dark, caramel colored skin, and long black hair usually done in a variety of complex braids. Her tattoos are black, and coil, twisting, in sharp, bladed designs from beneath her eyes down her neck and arms, down her back, and on the front of her calves. Kiya's eyes are a bright, blazing amber, sometimes slitted in moments of extreme emotion.

She enjoys wearing various pieces and bands of gold, including thick necklaces and chest pieces inlaid with a variety of jewels, usually in some theme or another. She almost always has bands of gold on her wrists, upper arms, around her neck and on her ankles, the style varying depending on what clothing she chooses day by day. She has many dresses, skirts, and battlegowns in a vault located within the Void, having learned to speak with and communicate with the hydra long ago. She is fond of long white silk, or creamy golds and light browns - anything to accent her golden jewelry. 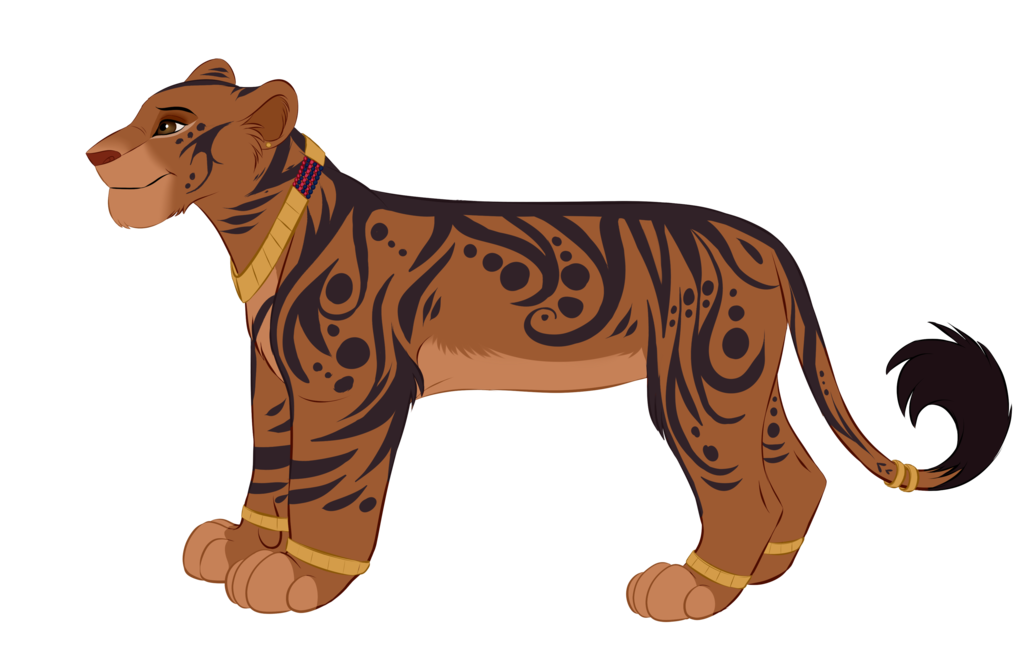 In her lion form, she has a deep brown coat marked with all the same tattoos, as well as dark speckling across her back, shoulders, and hindquarters. Her golden jewelry all but disappears, save for thick golden bands around all four paws, a bright golden necklace, and a few small earrings. Usually, she will have a tail ring in this form, in varying styles.

Kiya takes pride in the fact that she can utilize her shifting gene into casting herself as a fake sphinx, changing her body, but not her head. She also likes to mimic some of the legendary half-man beasts of Ristell's many legends, most notably the lion-headed woman, who she loves to use to terrify adversaries into submission. She may take on any parts of her lion form and her human form in any way that benefits her, and can often shift between these on the fly.

As any sol'tera, Kiya utilizes the power of the sun, able to generate large concentrations of solar light and bright, white hot flame. Able to summon these in any form, this makes her a great opponent, and very feared among the darker circles of the worlds. She is, however, weakened very quickly both by using too much of her power, and shifting too quickly, as well as at night when she is most vulnerable.

Arrogant to a fault, and very overconfident in anything she approaches. She flaunts her strength, and courts death to come and claim her - she has a habit of luring bandits and assassins to their deaths on the road. She can be very sarcastic and rather blunt, regards other creatures beneath her, and doesn't believe in any bonds or ties of any kind. She is a free spirit, and prides herself on that freedom, above all else.

However, few have gained her trust and protection; she is very loyal to her family, and prizes her brother over all. She would go to - almost literally - any length to protect those she cares about, and is adamant that none can get past her to them. She puts on a hard face, but has a sliver of kindness that touches her in quiet, serene times.