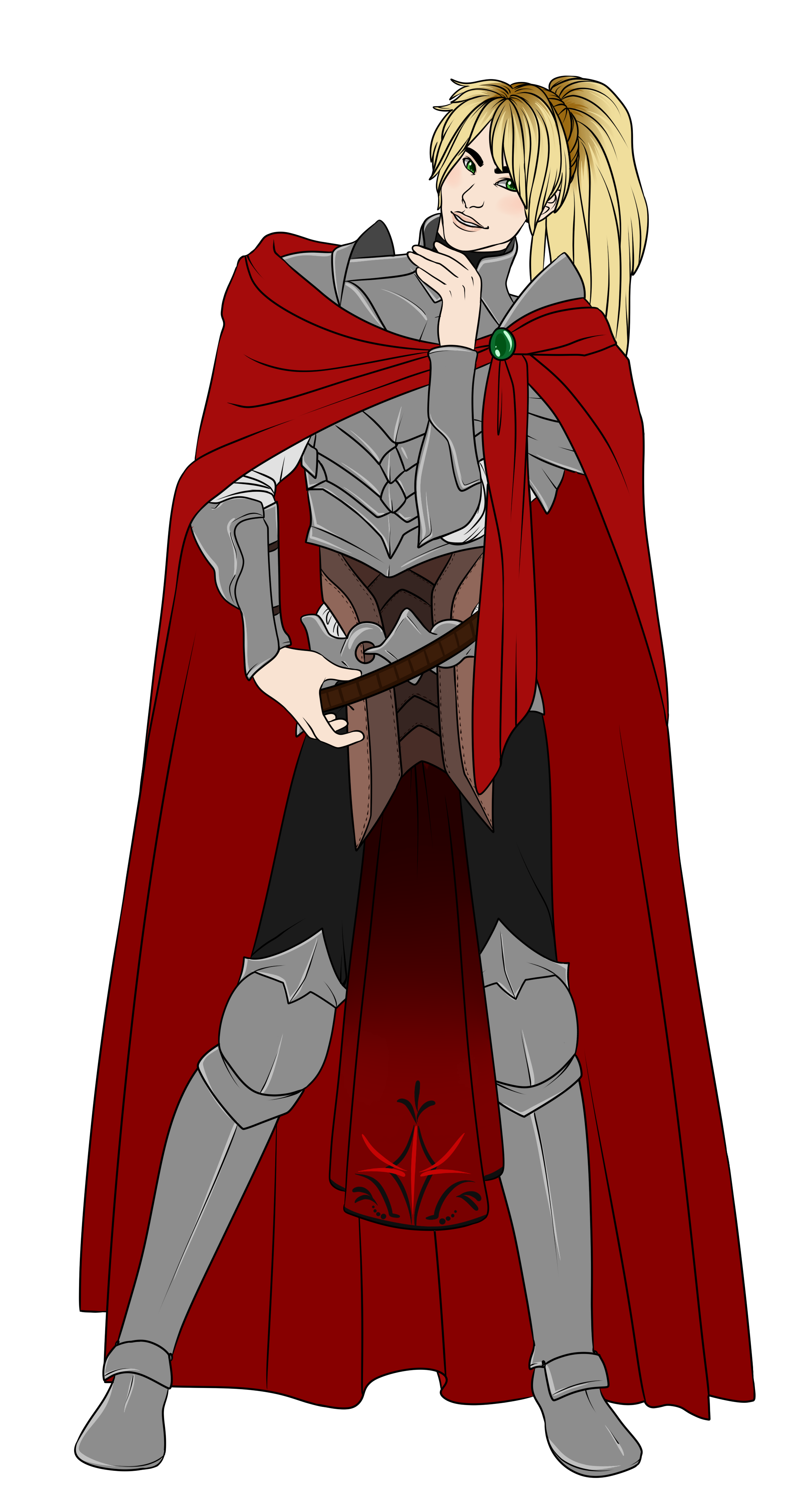 A Knight of the Sword, Maaru is a boy of around twenty with very long hair tied into a loose ponytail. His hair shades from a light blond at his bangs to a deep brown-black at the very ends, much like the coat of an animal. His eyes are a bright green, slightly darker around the pupil, and his skin is quite pale. Each canine tooth is somewhat longer and sharper than normal, and can be seen when he smiles.

Generally, Maaru will wear full or partial plate armor with a red cloak over the top for warmth, though he detests and refuses to wear one with a hood. The necklace he wears is a double-stringed pendant of a flying winged wolf, given to him by one who knows his father.

Maaru holds courage he isn't yet aware of; in times of great need, he's able to push past fear and fight for those he cares about. Though he hasn't entirely mastered his fear, he has a big heart, and is willing to do anything to save the lives of his fellow knights.

He's easygoing and hardworking, optimistic and something of a joker. Much like Shyun, Maaru tends to hide his true feelings in an attempt to make his fellows happy, and keep their morale high. He makes friends very easily, and doesn't take long to get to know someone, even if that person is a complete stranger.

As a part vampire, and since realizing what he was, he's found it a struggle between the need to feed and not wanting to harm others. He will only take blood from a willing person or, if the need is dire, an animal - and will never feed on someone he doesn't have permission to draw blood from. Though he can take sustenance from both blood and food, he cannot avoid feeding on ichor entirely, and may sometimes starve himself to avoid bringing pain upon another.

Though Maaru has found no magical affinity, he's very proficient with a variety of weapons, including a bow and sword. His favorite, however, remains a double-ended spear, which he carries with him almost everywhere.

Being a vampire hybrid, Maaru has the unfortunate ability to accidentally turn those he bites, and cannot control or stop how much venom he may inject into another. He is slightly stronger and faster than normal humans, and may walk with a cat's silence.