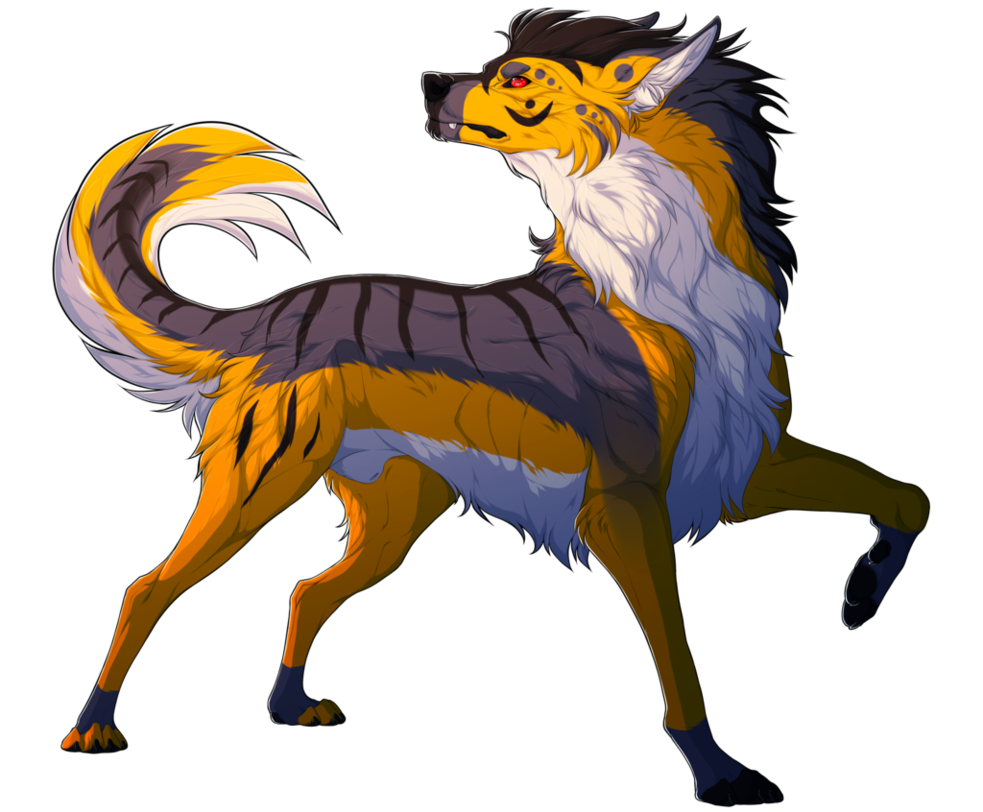 *
I don't care what happens to me anymore.
As long as I reach my goal, I won't stop at anything to achieve it. And if that means sacrificing myself, so fucking be it! 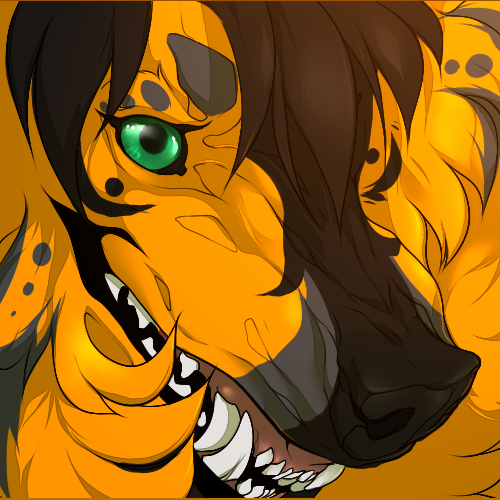 Born and raised within the Vehn, Moku was groomed by his father, uncle and grandfather for many years for his succession to become Tradon; as such, he is a fine leader, quick-thinking and confident in himself and his pack. His mind is his ultimate power, and strategy aided with cleverness born of wit is his keenest weapon. In a battle, he rarely loses himself to rage, and vows to never do so - for to lose his head would be to cripple his mind, and take away his greatest strength.

Compassion is both weakness and strength. He believes strongly that sacrifice may sometimes be the only road to meet an end, but is often unable to do so, for he holds the lives of those around him higher than he thinks he should. When pressed, he would lay down his life for those he loves, and loathes every life he must take in order to achieve a goal. He has vowed, however, after Var's massacre to never take the life of a packmate - and in doing so, eradicates the option of taking out his Tradon's many allies.

His belief in Vehn tradition and high sense of honor are rivaled by few, and often are the times when he talks of the believed instability of mudbloods, those wolves of a hybrid cross between any wolf of the norm and a different creature, most notably of canine origin. This honor limits him to his own set of rules, and though he isn't above stealth and deceit, he will always hold honor for those worthy enough to claim it. In a battle that may decide the fate of his pack, he gives no quarter and no mercy. Those he deems mudbloods, he says, have no claim to any honor he gives. 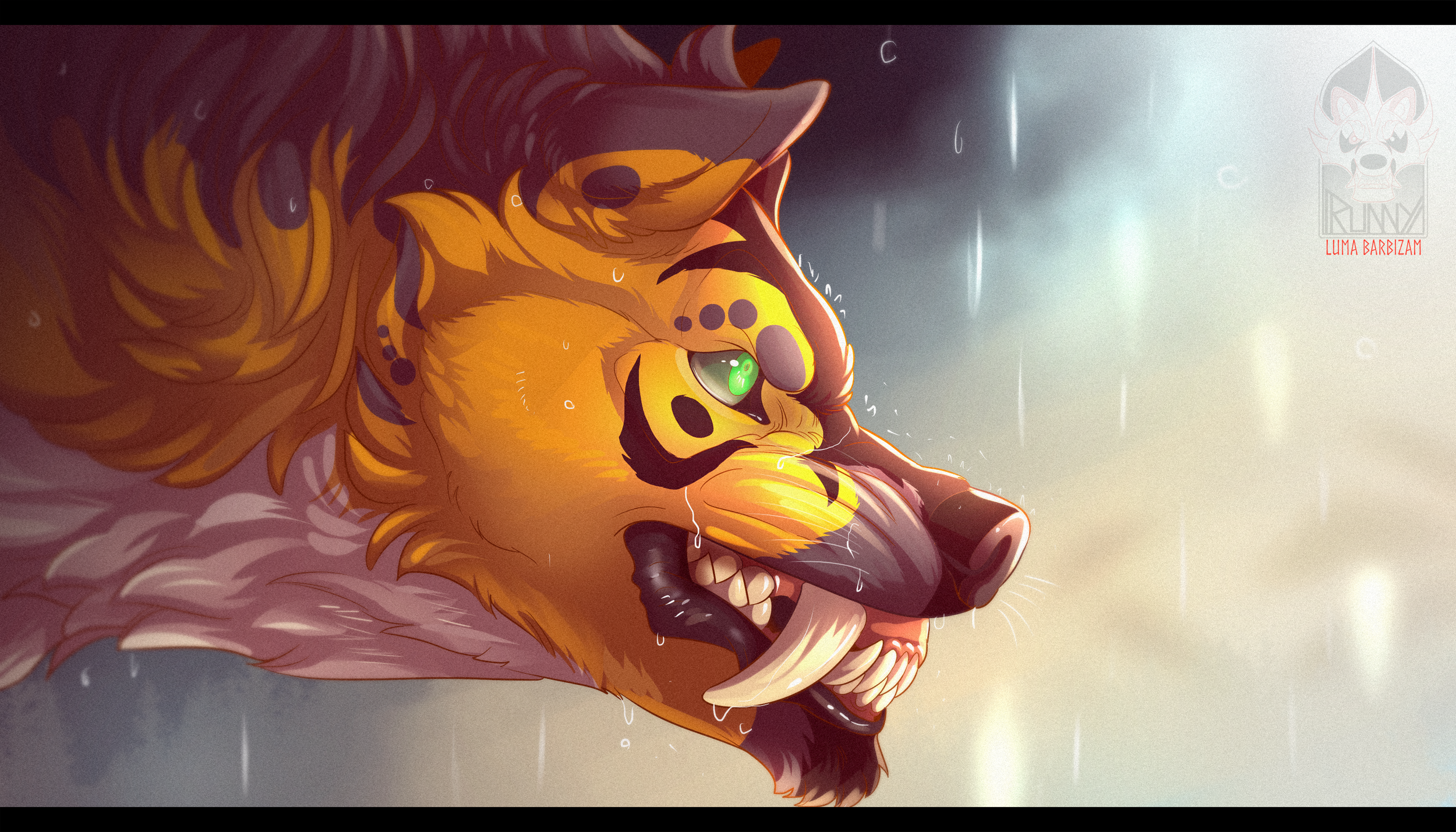 To friends, he is amiable and friendly, gentle to those he cares about above all others. He's a quick helping paw, and his heart is easily twisted by the pain of a packmember, pain he would eradicate entirely if he could. To enemies, his anger is swift, and bitterness clings more solidly than stone. Once he has been wronged, he will never forget it - and very rarely forgives those who have committed such wrongs in the first place.

A strong shell hides a soft core. Moku's inner feelings, to most, he keeps hidden. To show weakness in the Vehn is to fall, and above all else, he believes he must be strong for those loyal to his pack. His greatest wish is to rediscover the peace and honor his pack once had, and bring a return to the thriving energy that his uncle, Strogehn, had held. 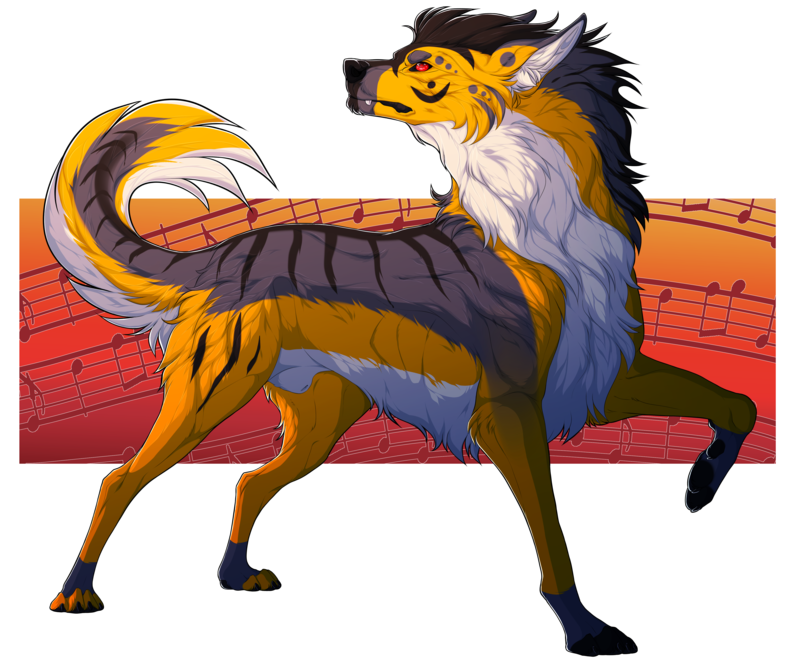 Moku is a master of wind and air; whatever he doesn't know about his chosen birth-element he vows to obtain, no matter what the cost to his body may be. He prides himself in the ability to great gales from nothing, as well as manipulate the wind around flying creatures, rendering aerial attack on his pack and himself useless. Though he can't upset something as large as one of the bigger dragons in the sky yet, he trains everyday in hope to attain the strength for greater feats of elemental strength.

He has been gifted a fraction of his father's and grandfather's strength of bite - unable to do as much damage with his jaws as they could, he can crack bone, if not shatter it completely. He uses this tactic on enemies he doesn't want to kill, forsaking his magic to aim for the legs, crippling and disabling those who stand against him instead of taking their lives.

His weakness is much like a fire: lack of oxygen, any type of air. If the air around him is clogged with smoke, or something else, the aura of circulated air he keeps around himself will fail and he will be rendered unable to summon more. Moku can't see very well in anything but clear air - this involves smoke, fog, dust, etc. 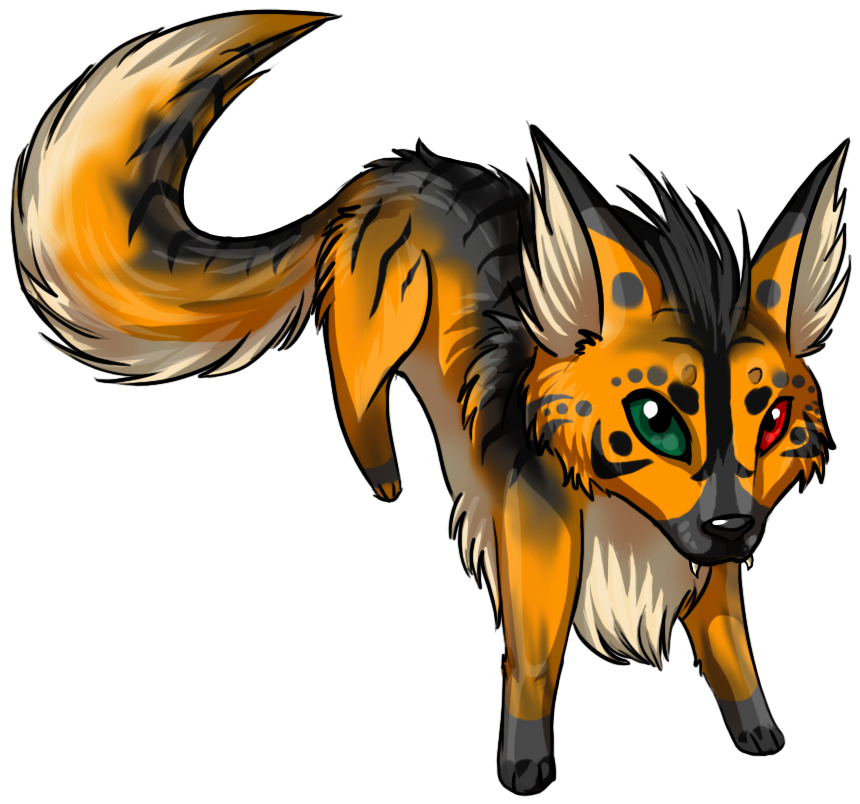 With a pelt as golden as the Vystrian Queen's scales, Moku is a young wolf built for speed and endurance, rather than strength or power. Lithe and quick on his paws, he stands about average, taller than Golfyn and shorter than Favron. His fur is smooth and is somewhat glossy, ruff thick and full, able to rise much like a bird's feathered crest. His father, Rulos, used to say that this was because of his affinity with wind - that someday, somehow, Moku would grow wings and fly.

He has many dark grey and black markings that mar the glossy gold; as well as lighter tones near his underbelly and tail, bronze coloration down his back and face. His muzzle has a black stripe running from nose to forehead, then all along his back, a dorsal streak that spills grey and silver across his shoulders. Bronze shades down his back, striping towards the rear, as well as joining small dark grey marks along his shoulders and side. Lighter, creamy gold flows from his belly up where his hindlegs meet body, splaying lighter tones to join those darker sluicing down his back. Each paw is marked in deep grey, the toes black, save for the toes of his right hind paw, which is gold. 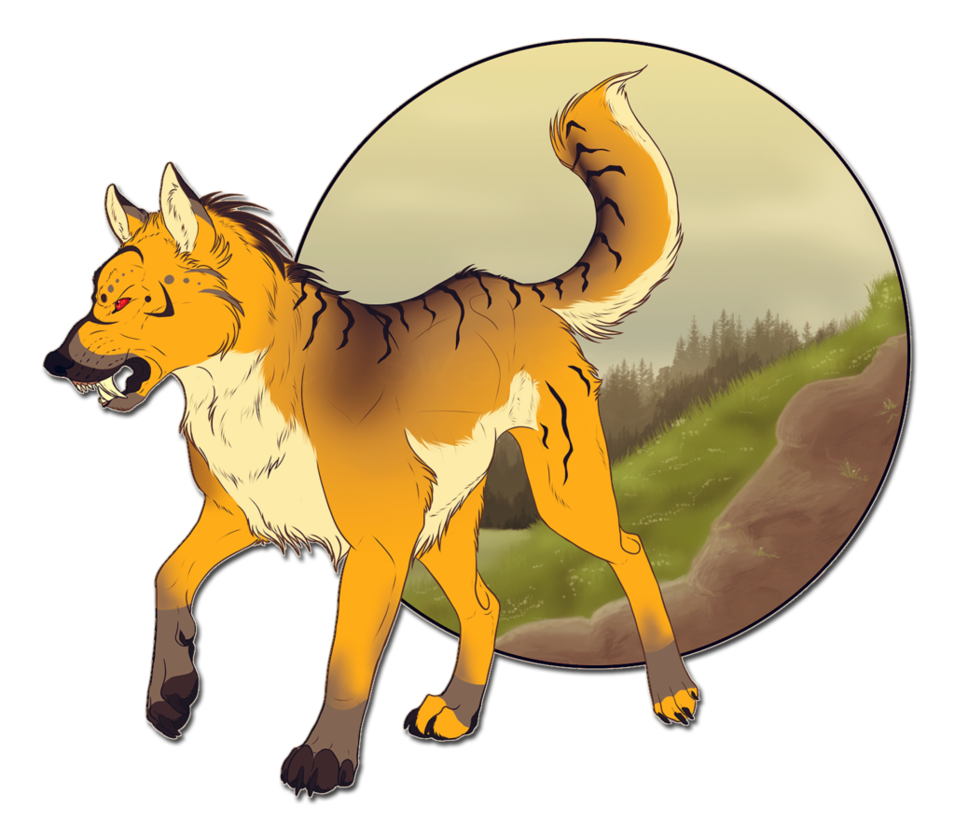 Returning to the markings on Moku's face, he has a grey runelike symbol below each eye; a sideways check, the shorter point returning towards the eye itself, a small dot between two lines. The dot is black, and joins two smaller dots that flank large grey stripes that mark his cheeks, and the black tips to his ears. Above his eyes there are four dots, one large black, offset by a smaller grey at each side. His eyes themselves are bi-colored, the right green, left a red-violet.

* run with the pack