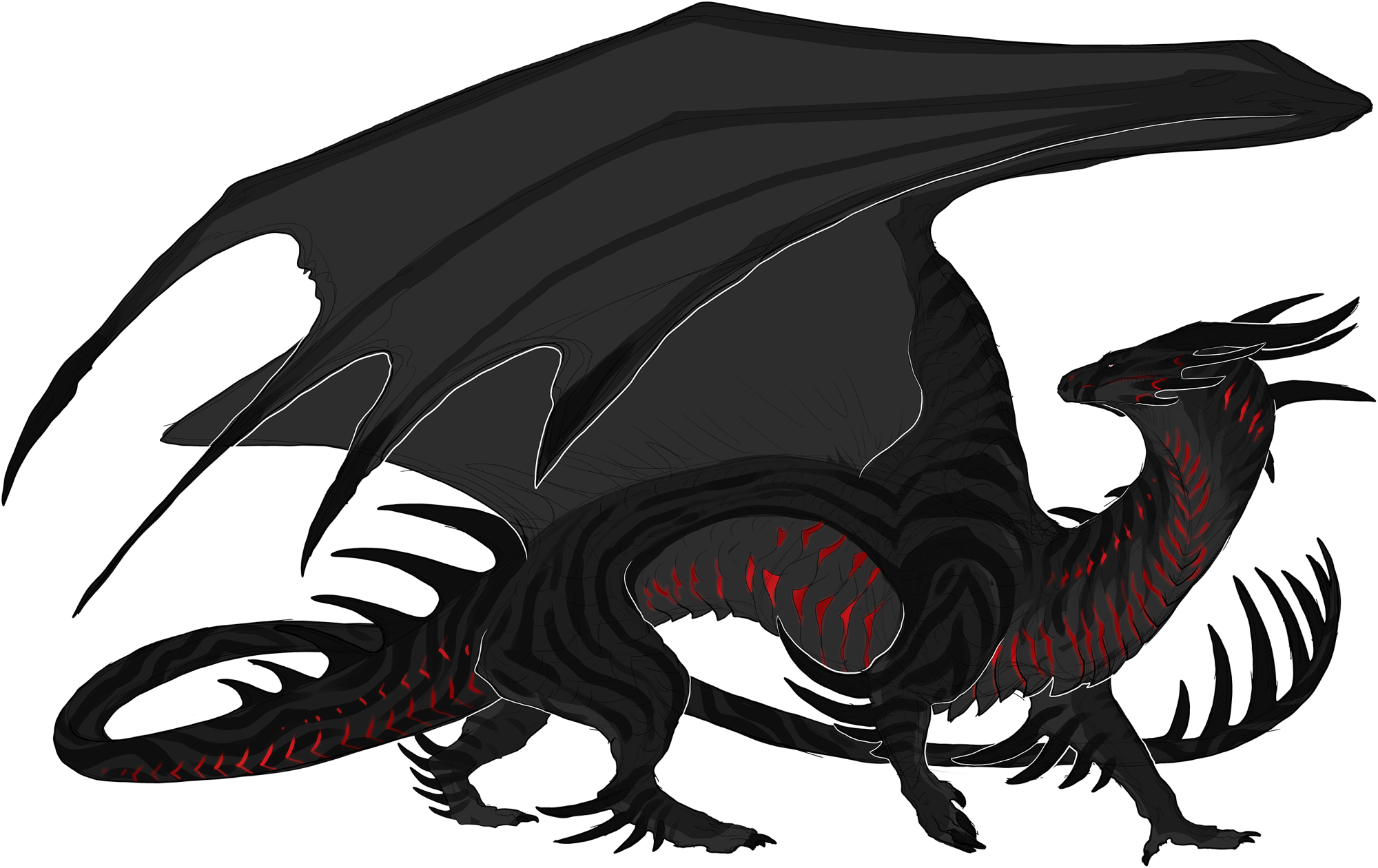 Phantasm
of the Blackwings

Like his rider, Phantasm holds honor very high; he is very protective of those weaker than he, and does not stand for bullying by those with more power. His respect is hard-won, but once gained, is hard to lose. He will stand up against any opponent - no matter the cost - for what he believes in, save only for the word of his rider, Arctus and their leader, Alaric. Those with similar values, and who show themselves to protect others weaker than they, gain his attention and respect swiftly; those who lord their power over others, especially individuals who force their own beliefs on others who cannot deflect them, earn his ire.

He is grumpy and stern, and isn't terribly talkative at the best of times. He has a habit of glowering in response to questions he doesn't like - though won't back down from an argument if it's truly something that inspires his ire. Sometimes, he will let a tail- or claw-swipe speak for him, though he's careful not to do damage (if he doesn't want to).

When angry, he becomes dangerous - not only because he doesn't turn aside from an argument, but because he may accidentally splash acidic venom from his fangs if his rage gets to be strong enough. His red markings also glow brighter with the intensity of his emotions, so when supremely angered, he can be seen glowing furiously even on the brightest of sunlit days.

Phantasm enjoys the thought of children, but is too strict and easily angered to like them beyond silent musings. He finds the lack of a child's discipline incredibly irritating, and will attempt to teach them the ways of the world for their own protection. This often results in upset young ones and a very angry dragon.

Primarily, Phantasm is a physical fighter; he often employs his horns, spikes, teeth and claws to rip and tear at an enemy, and brute strength to overwhelm them. He is particularly fond of using his long, spiked tail as a club and his jagged horns to ram. His bite is also venomous; he leaves glowing wounds where his fangs have torn flesh, wounds that will degrade and wither as the acid eats away until spent or purged. When using his venom for biting, he can control how much is released - but cannot completely eradicate it.

When pressed, Phantasm is able to open his mouth wide and shoot a venom spray up to twenty feet away from his large top fangs. When preparing to shoot venom, his black fangs seem to be studded with three holes along the forward edge, glowing as brightly crimson as the inner flesh of his maw and nose. After spraying his venom, these holes will seal once again. He only has a limited supply of this venom, and must use it sparingly. When he runs out, his entire jaw aches to the point of distraction.

Otherwise, this Black is able to breathe a corrosive, red-black fire that's color depends on the acid content being burned. The more red it is, the more dangerous; but if it is near black in color, it will burn like simple fire. As it uses his acid as fuel, he cannot use it for long periods of time.

Phantasm is weak to light energies as a general rule; though he can be healed by light magic, it leaves him weak and shaky for days afterwards, and completely renders his breath-weapon unusable. Direct light attacks can physically harm him, and will have a similar nullifying effect on his magic and venom.

Phantasm is a large black dragon, built heavily, with large wings that bear him high into the sky. He is muscular and imposing, with heavy limbs and a sinewy neck. His tail is very long and tapers quickly, ending in a set of savage spikes. Similar spikes jut out from his neck, back, elbows, and hocks, and three smaller spikes protrude from either side of his face. Twin, somewhat jagged horns jut from the top of his skull, twisting slightly upwards at the tips. All of his horns, spikes, and claws are a uniform black a few shades lighter than his base.

Symmetrical markings in stripes and whorls cover his body, broadest on his shoulders, thighs and tail. The darker markings on his face cover all four hide-sheathed fangs, as well as a stripe that arcs up and over both sides of his muzzle, splitting around his icy white eyes. Each horn has a stripe of the same color leading from it as well. Lighter grey encompasses his semitransparent wing webbing, the underside of his jaw, his underbelly, and all four paws.

Like much of his kin, Phantasm sports limited scarlet markings that glow and dim as if smoldering from the inside. Where his thick belly plates overlap, all down his sides, and at the base of his facial spikes, this scarlet can be found. Smaller, jagged markings cross his neck and the sides of his tail as well, though these do not often glow. All of his inner flesh - including his mouth, nostrils, and any wounds he may receive - glow scarlet. 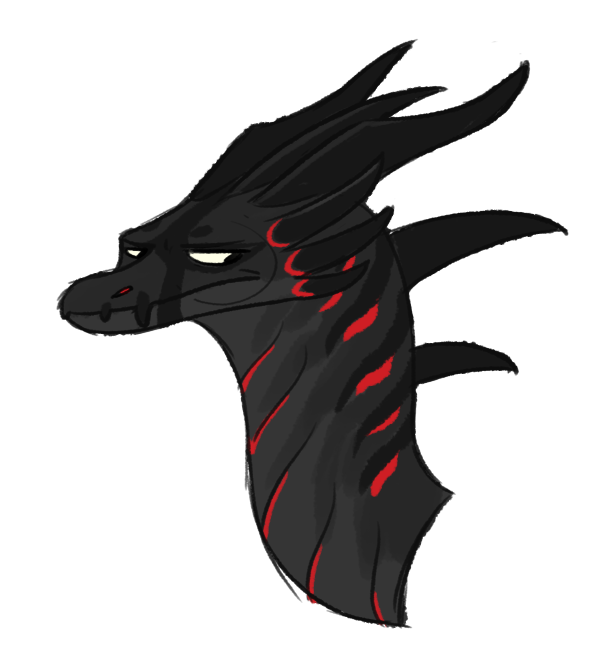 * some of these images do not reflect his current design

To Whom Credit Is Due