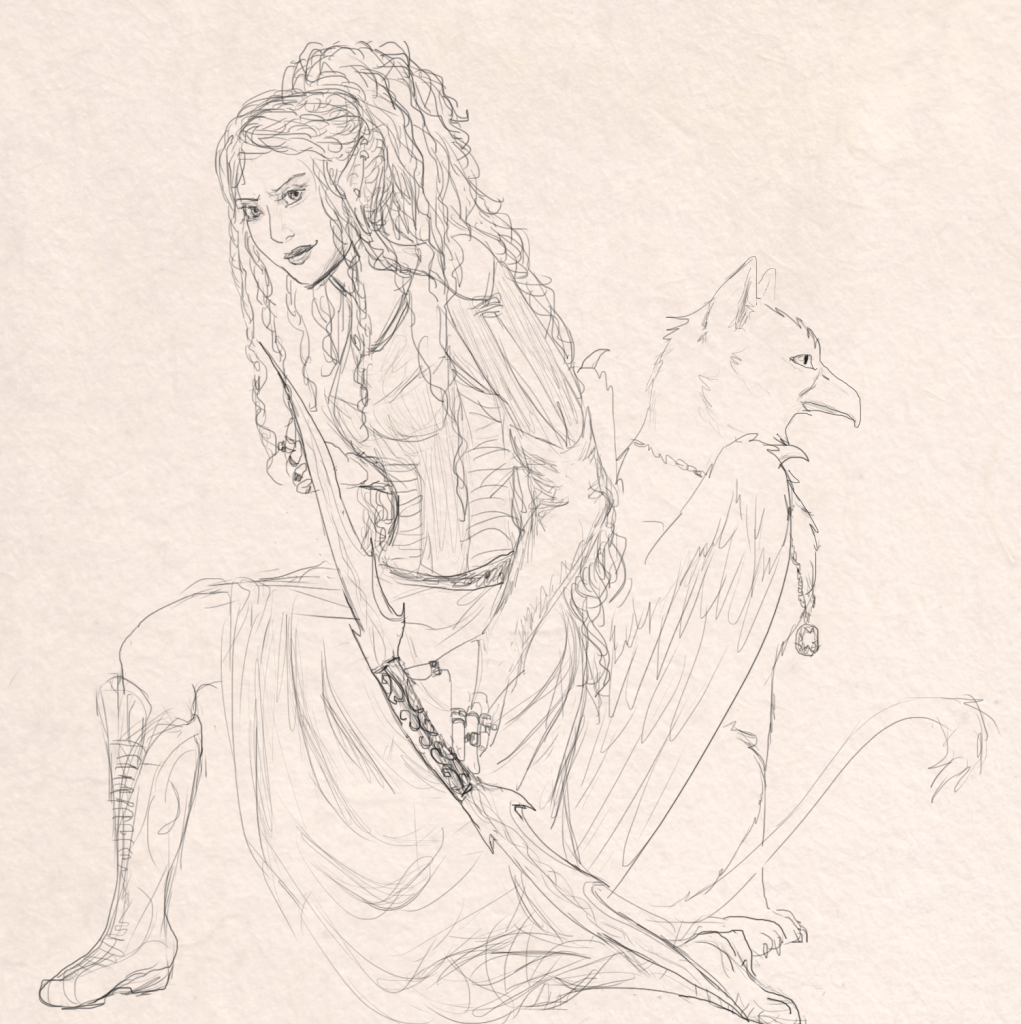 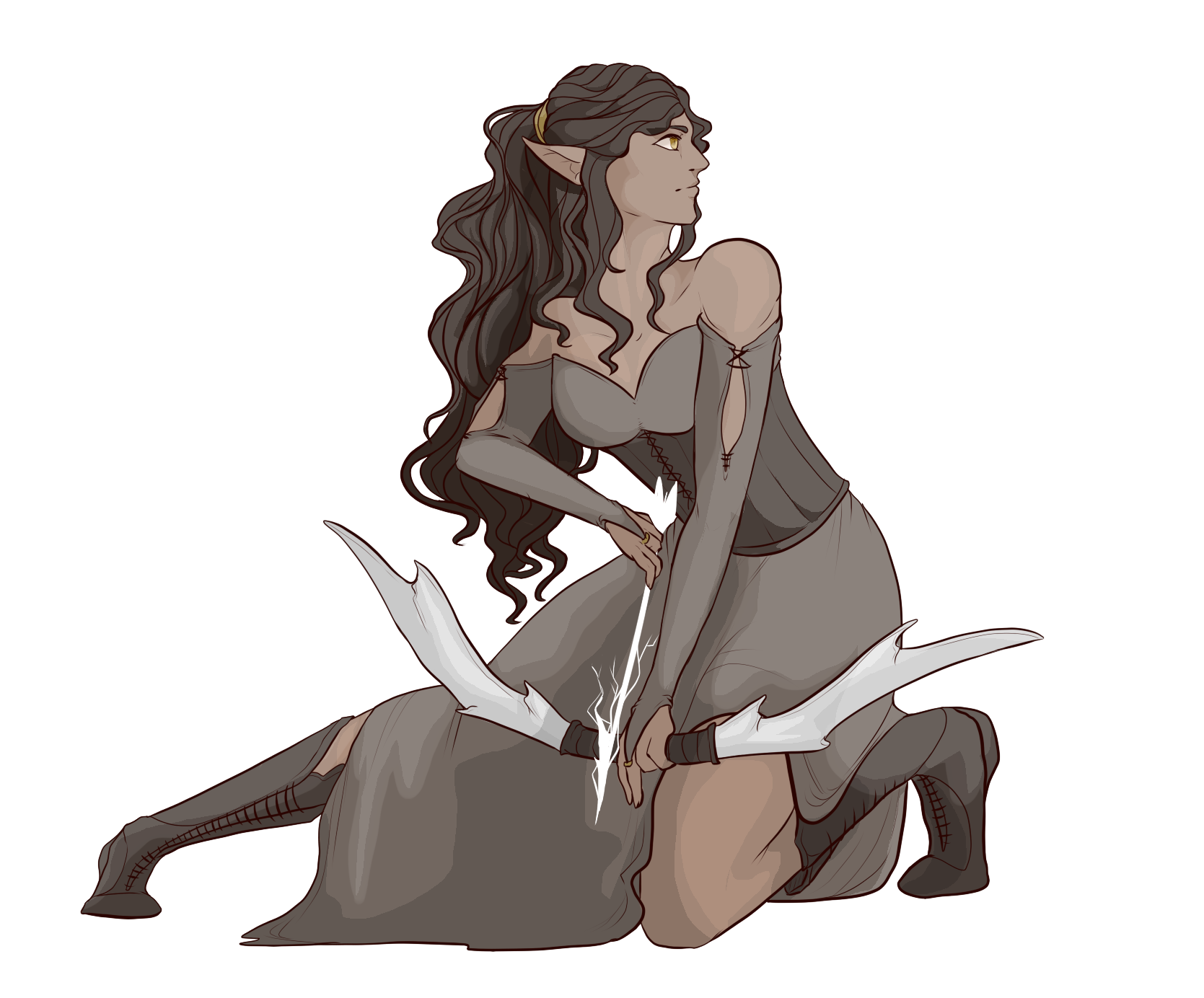 I travel this world all alone

Rina is a headstrong woman who is as unpredictable as the lightning she wields. She does everything with fierce passion and dedication - once set upon a path, there is nothing that can turn her around. Impulsive and quick to anger, Rina is prone to acting rashly, flowing with her emotions instead of stepping back to think about things rationally.

However, Rina is incredibly protective of those she cares about, and will destroy anything that poses a danger to those she loves. She can be very self-sacrificial, using her powers to save and protect the lives of ones she deems worthy of it; it doesn't matter how much or what type of punishment that she must face, so long as her ends are achieved.

Lightning-struck through the heart 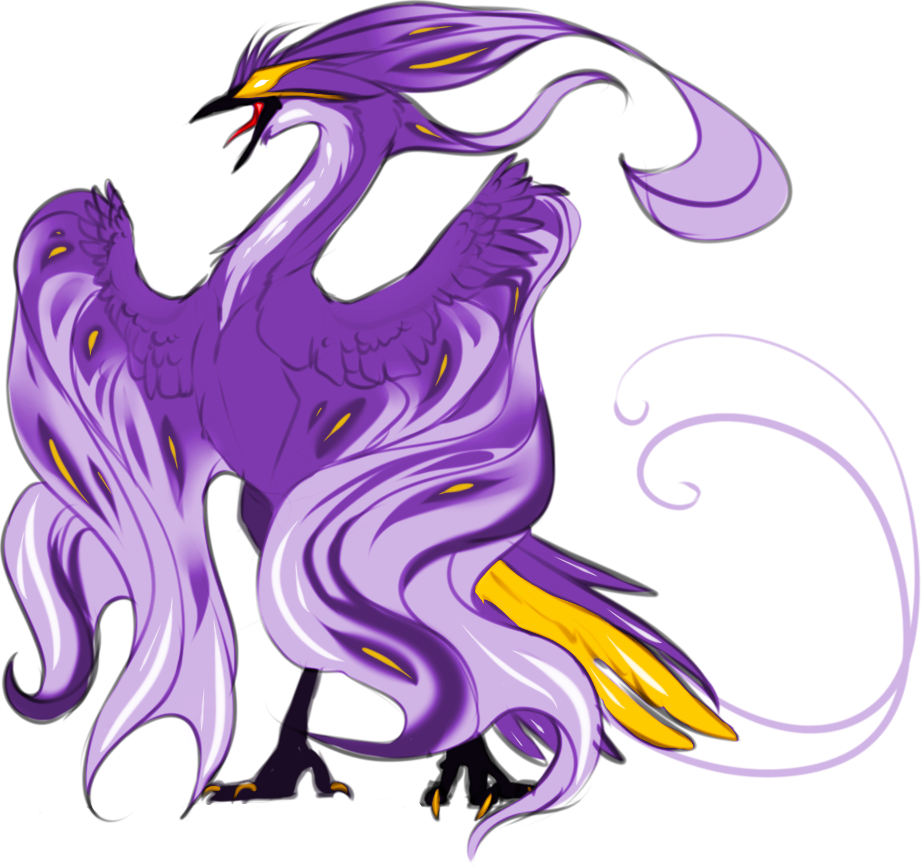 Raised by a father who had a strong connection with Ether Spirits, Rina was gifted the ability to see and speak with the dead, even pick out and see ghosts who are masquerading as the living, and those ghosts who cannot be normally seen. Her unusual ability set has been honed over nearly two hundred years. Details can be found below.

Spiritwalker: Rina has the unusual ability to access and travel through the Spiritual Realms at will, with few other factors that limit her travel. She has the power to capture and bring back to life the souls of those who she's killed herself; however, being one of the few things that stop her willful entry and exit of the Soulplane, she doesn't do it but in dire circumstance. Generally - unless freed by an agent of the Spirit Realm - she will be locked there and trapped for upwards of thirty to forty years.

Dreamthief: Through her connections to spirits and ghosts, Rina can access others' dreams, appearing in them as a purple and white phoenix. The degree of her communication in them, as well as if she may shift into her normal form or not, is limited to only those she knows well. If she steps into the dream of a stranger, she may communicate with visual messages only, and sharp, hawklike cries.

Lightning Elemental: Last but not least - and enhanced by her spirit-weapon, Rinarys - is an affinity for lightning that the drowess takes pride in. Her spirit-weapon is a bladed bow that fires bolts of lightning, or electrically-charged arrows, though she's perfectly capable of summoning electricity on her own. However, as using it too much drains her of energy, Rina would much rather use the bladed bow for normal arrows, as a double-ended weapon, or the catalyst to summon the spirit of the gryphon that lay within.

Rina is a tall elven woman with thick, curly hair falling about her face in tight coils. She wears a good portion of it in a loose ponytail, though leaves much of it hanging, sharply pointed ears protruding out to either side. Her hair is a dark brown, almost black, and her eyes are a deep gold, unusual among her kind. She likes to wear leather and vilam battledresses, close-fitting and decorative; more often than not, she'll wear four or five rings on each hand, a necklace or two, as well as twin sets of glimmering earrings.

Through the sun, stars and sky

Very little of Rina's history is known. However, she grew up in a smaller village in Evylon, where she met Ram'r not long after he escaped Kurai. One of his first friends, she spent much of her time with him, and they eventually fell in love. Finally, they left Evylon and traveled far, where they eventually fell into trouble that nearly killed her lover. Forced to use her abilities to save him, she took his life and returned his spirit to the living Realms - and was trapped in the Soulplane for over twenty years.

After a brief period of time outside, she saved yet another from the grasp of death... and then, faced with freedom once more, she seeks to find Ram'r once again. As he thinks that she once betrayed him, and tried to kill him, she wishes nothing more than to right the wrongs of the past and make him see the truth.