Tamarisk
ARCHON OF THE DREAD 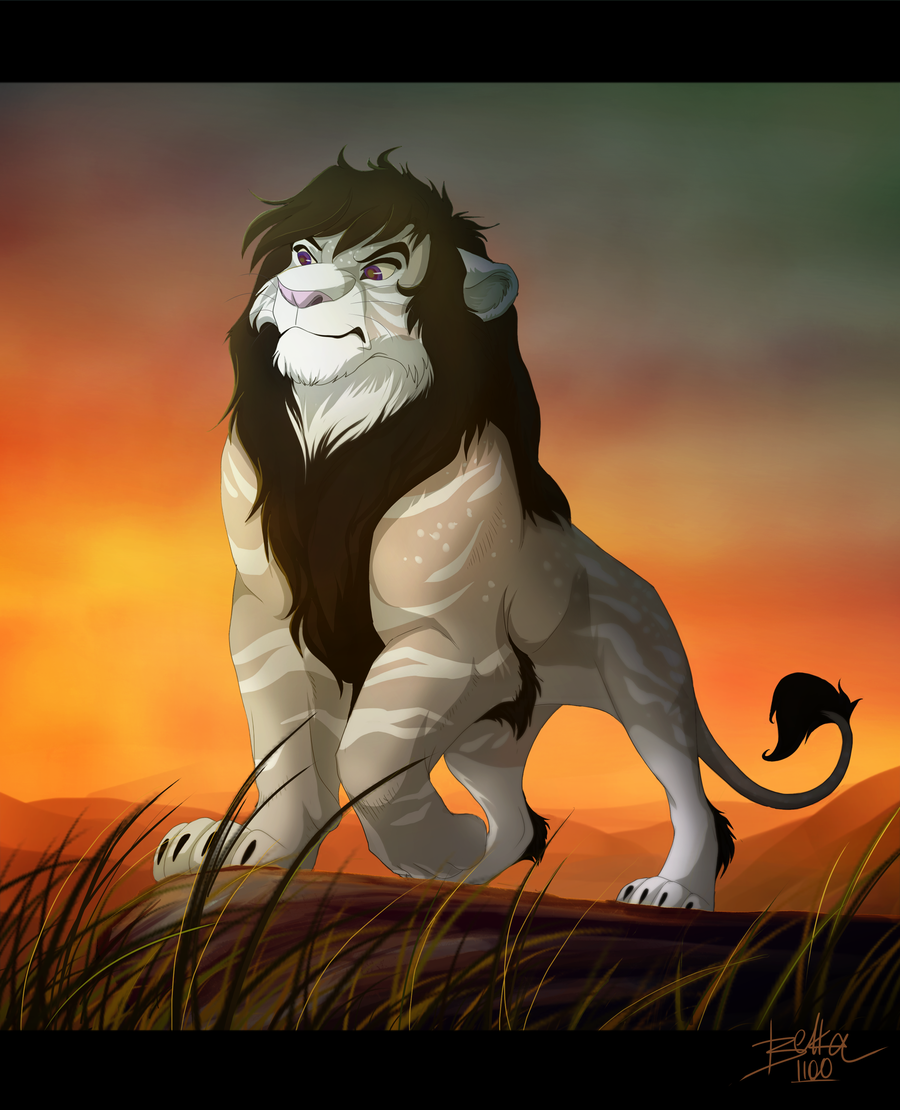 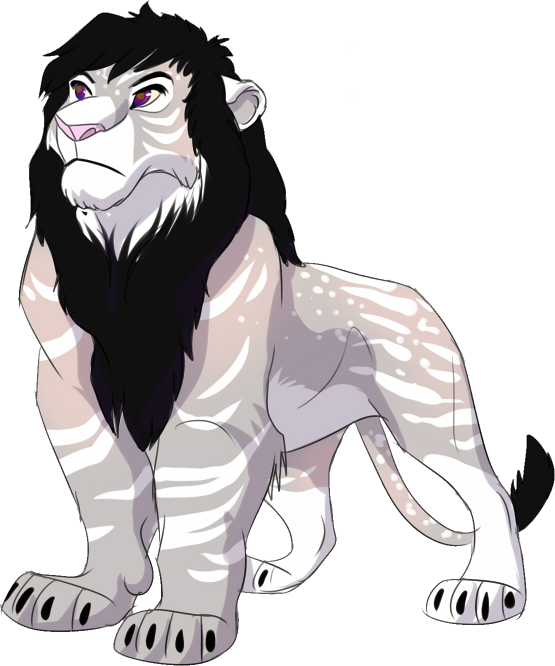 Tamarisk very much takes after his mother in coloration; his pelt shimmers with sunset colors, though he is much paler of shade than both his mortal-form parents. White markings course from his paws upwards in faintly-glowing stripes and spots, and his hind legs, belly, muzzle, ears, and eyes are completely surrounded by the snowy color. His mane is black as the night, with one white marking just under his chin. It falls around his face, generally unkempt, and matches the tufts at his elbows, hocks, and the tip of his long tail.

Unsurprisingly, he shares similarly-colored eyes to his father and siblings; they glow with purples, reds, magentas and golds, and can often shift in hue and saturation according to emotion. His nose is a light and pale pink, and his claws are black as the night and always extended.

Since his kidnapping as a cub and being raised by dreadlions, Tamarisk has discovered abilities over soulstealing; siphoning off spiritual energy to fuel his own reiatsu attacks, and phasing claw- and tooth-strikes to tear at one's spirit itself.

However, siphoning energy is exceedingly dangerous, and phasing very taxing - should he siphon too much energy, he could overload and burn out his magic completely. Should he phase too much, he could overtax, as he is still young and unable to summon vast reserves of energy as yet.

Being brought up in a dreadlion pride has taught the young king well how to defend himself physically. He is strong, although not terribly fast, and can often land hard and heavy blows with his paws.

Angry and bitter, Tamarisk remembers little of his birth-pride in the Mahdros. Stolen away as a cub by a dragon, he was deposited in dreadlion territory, and was adopted by an irritable old broodmother, a female uggligr who terrified him into obedience more than once. As the only Vystrian among them, Tama became bitter about his parents, thinking that they had never searched for him and gave him up as dead or worse.

Having reached maturity during the Hell War, living through Scylla's madness and the Faction and Serpent wars seemed easy. He fought and bullied his way to the top of the pride that adopted and raised him; promising them the fertile lands at the base of the Darklights where his birth-pride made their home, the dreadlions named him Archon, and bowed to him as their king.

However, the young lion is filled with fire and fury, and has little kindness or compassion left. He is arrogant and merciless, and his only desire is to see his birth-pride burn.

Coding, content, and character (c) Blazeh/Verridith; all art by Belka.