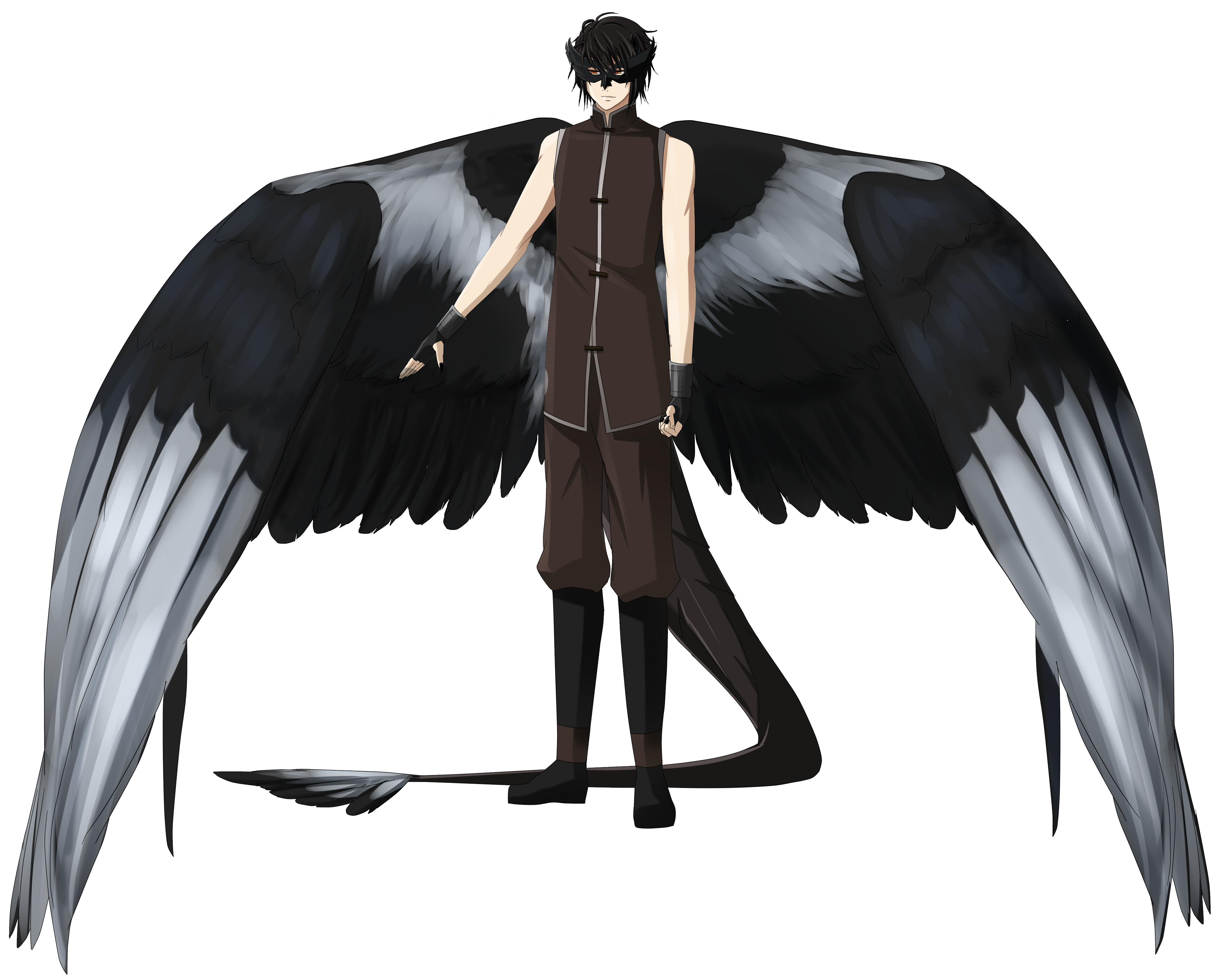 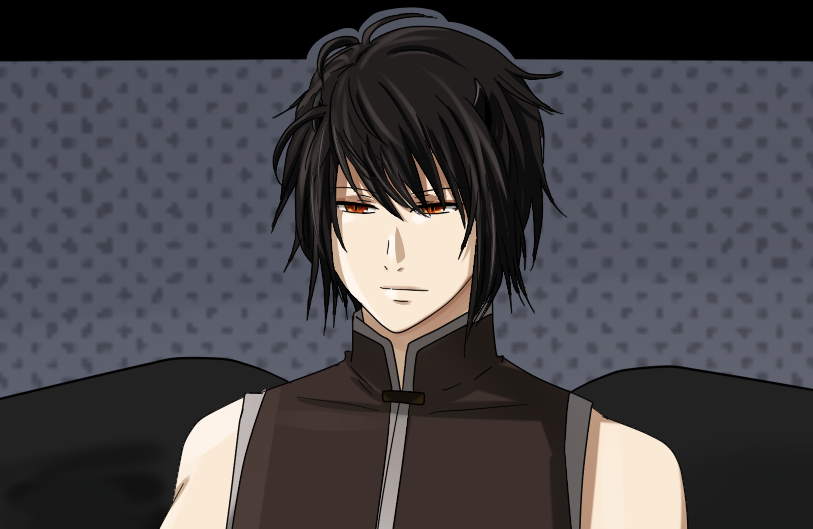 Tall and somewhat lanky, Tyrion is a myth-type xeriin sharing the affinity of a black and white dragon. He stands at around six feet, with a wingspan of over twenty. The feather pattern is very like a magpie, with very subtle differences, and he's able to masquerade as a sky-kin with a mixture of craft and illusion to hide his horns and tail. His fingers are tipped in talons, and the backs of his hands - covered almost always with fingerless gloves - are speckled in black scales. On the end of his tail is a fan of white feathers edged in black. Two long feathers, like a nightjar's, trail from the middle of his wings. His eyes are a deep, fiery orange, and are slitted like a cat's.

Most often, Tyrion will wear the garb of a guard of Falen - a brown tunic edged in silver, brown breeches and tall black boots. He wears small metal bracers and no other armor, as well as no other trinkets (saved for a single silver earring in his left ear). To obscure his horns without illusion, as well as distract away from the draconic eyes, he wears one of Falen's darksteel masks, emblazoned in the form of spread feathers. In cold weather, he'll wear long sleeves and a thick cloak, with slits cut into the back to allow for his wings.

His dragonform is primarily black with white markings on his wings and shoulders, underbelly, and tail. He has a feathery crest and a thick black mane that trails from his forehead to the end of his tail, growing longer the farther back it goes.

Tyrion is aligned with the element of fire - he can conjure it from the air, draw it from a source, mold it to his will in whatever way he wishes. Generally, he utilizes fire not in the form of a breath weapon, but manipulating it with a series of flowing movements, including gestures, punches and kicks.

He is not, however, immune to his own element - he can be burnt just as easily as anyone else, and if he uses his fire too intensely, may suffer charring to his own hands and arms.

Stern and unrelenting, Tyrion is rather quick to anger and very protective of those he cares about. Grief hits him hard, and he usually resorts to anger as a way to cope - destruction is a way of dispersing that anger, and he can often be found blasting rocks to smithereens whenever he needs to vent. Other times, he can be incredibly sarcastic, and has a very dry sense of humor.

To those he wishes to protect, he would go to the ends of the earth to protect, and has no problem killing anyone who threatens their safety. He can't stand the idea of children being hurt, and takes quite a stand against the prejudice against myth-type xeriin, being a vast supporter of the Silver Claw.

All coding and content (c) me, Blazeh. Art by the estimable xYorutenshi on deviantART!