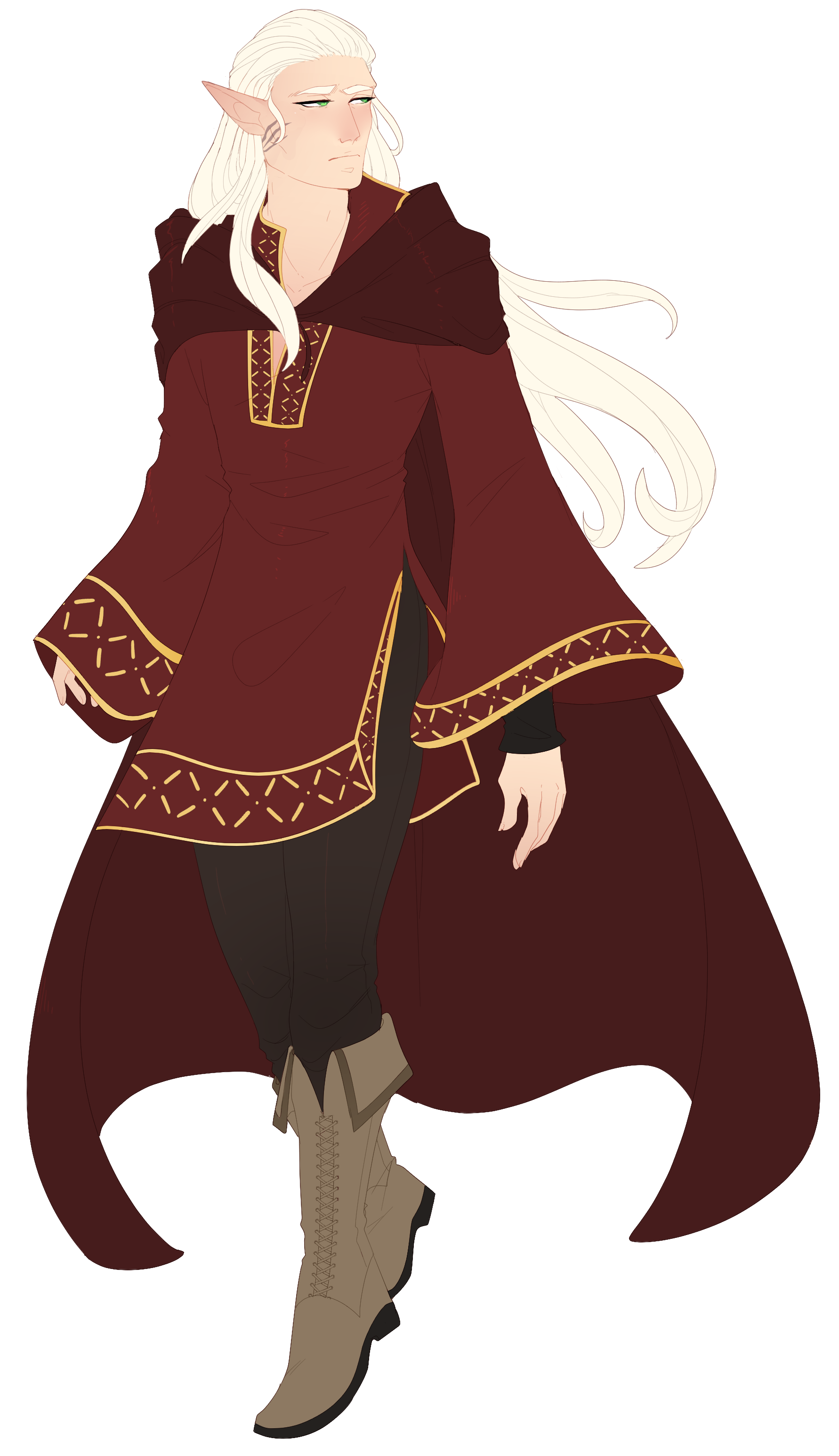 Once a captain of the Millirand Order of the Crown, Valyn is a tall, lean elf with well-muscled arms long used to wielding a sword. Though he's since given up the use of a blade, he stands tall and walks with the bearing of an elven warrior, graceful and elegant as a cat. He has long, white-blond hair and deep green eyes, three slender scars beneath one sharply-pointed ear. His fingers are long and nails well kept, though his right hand still holds old callouses from his days as a knight.

He often wears a long, decorative red tunic edged in gold, elven vilam with a high collar and tapered sleeves. His boots are made of soft deer hide, soled in thick leather, and his breeches are a deep, ruddy brown. Sometimes, he'll be found wearing a thick red cloak over his nobleman's garb, fastened at his throat with a brooch that resembles a black dragon in flight.

Around his right wrist, he wears a slender cord that holds a small, black scale that shimmers midnight blue in the light. It's said that this trinket is that of his dragon's, given to him just before Zephyr passed. It serves as a reminder why he chose the path that he has, a rock amid the raging river to which he can seek refuge from.

Valyn is very kind and gentle, despite his bloody past. He has put aside the way of the sword because of what he's seen - as well as those he lost. Now a pacifist, he works as an ambassador for the elven nation of Rynorel, located in Millirand's forests. He is very involved in the diplomatic ties with the humans of the east and the dragons of the north, as well as those who come from other Realms far abroad. Having visited many of them personally, he's often chosen to travel and bring news back to the Elvenking, his commander deep within Sylmar, the city of the elves. He's found that their peaceful ways suit him, and tries to always return to the shadows beneath the trees.

Far beneath his gentle exterior, however, is the heart and soul of a haunted warrior. He's seen things that have scarred him just as much as his brother, Darius, though they've both reacted in different ways. Sometimes, small things may set him off and trigger memories better left buried.

As well as being an adept at swordsmanship, Valyn has the unique ability to 'read' the memories of items around him - by touching something, such as a wall or a flower pot or a weapon, he may see what that particular item has seen, up to a certain point. Using this, he can track with relative ease, and may pinpoint the exact time that someone - or something - has passed. Due to the nature of this power, however, he chooses to keep it relatively hidden, secret from those who may want to use it to further their own ends. 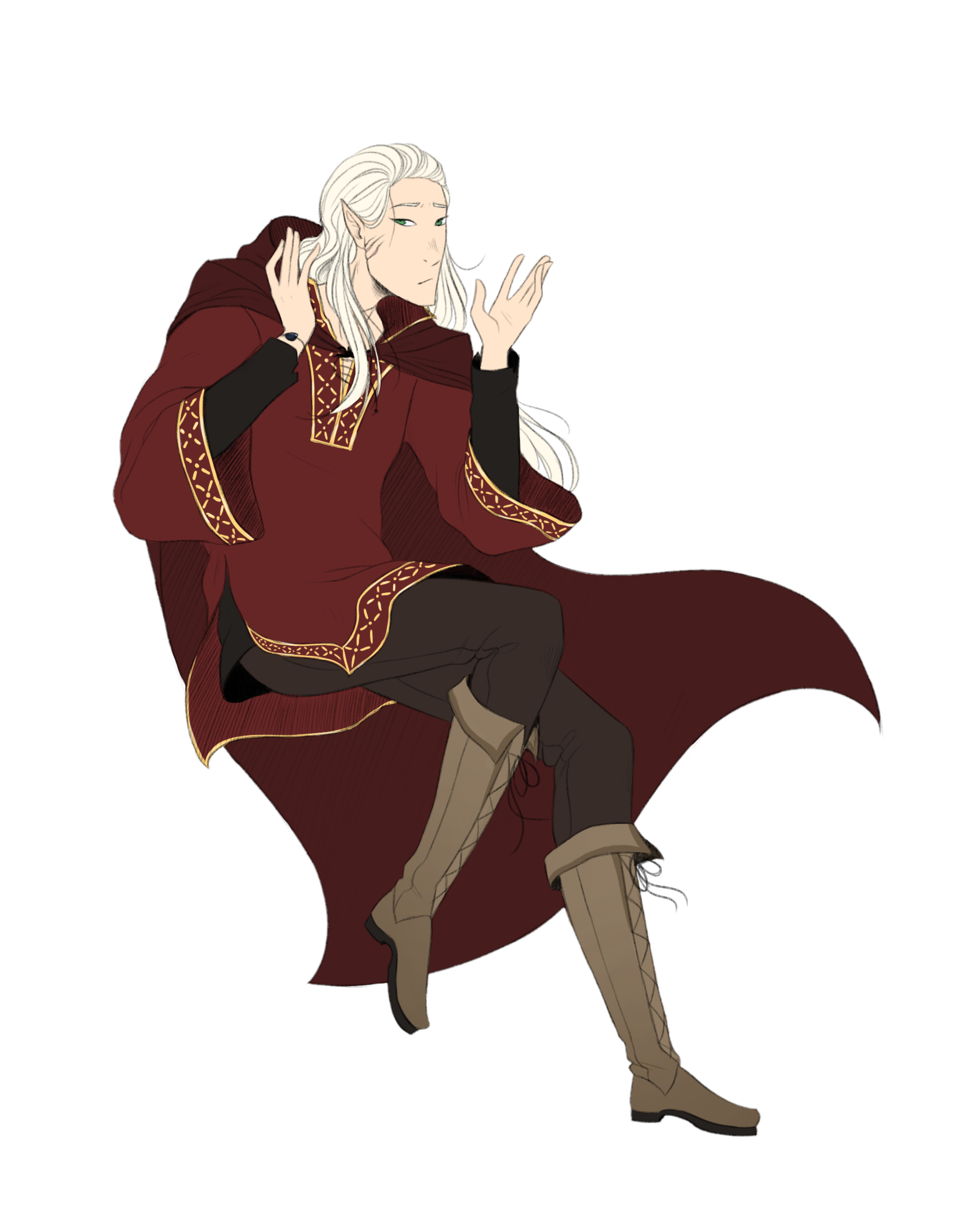