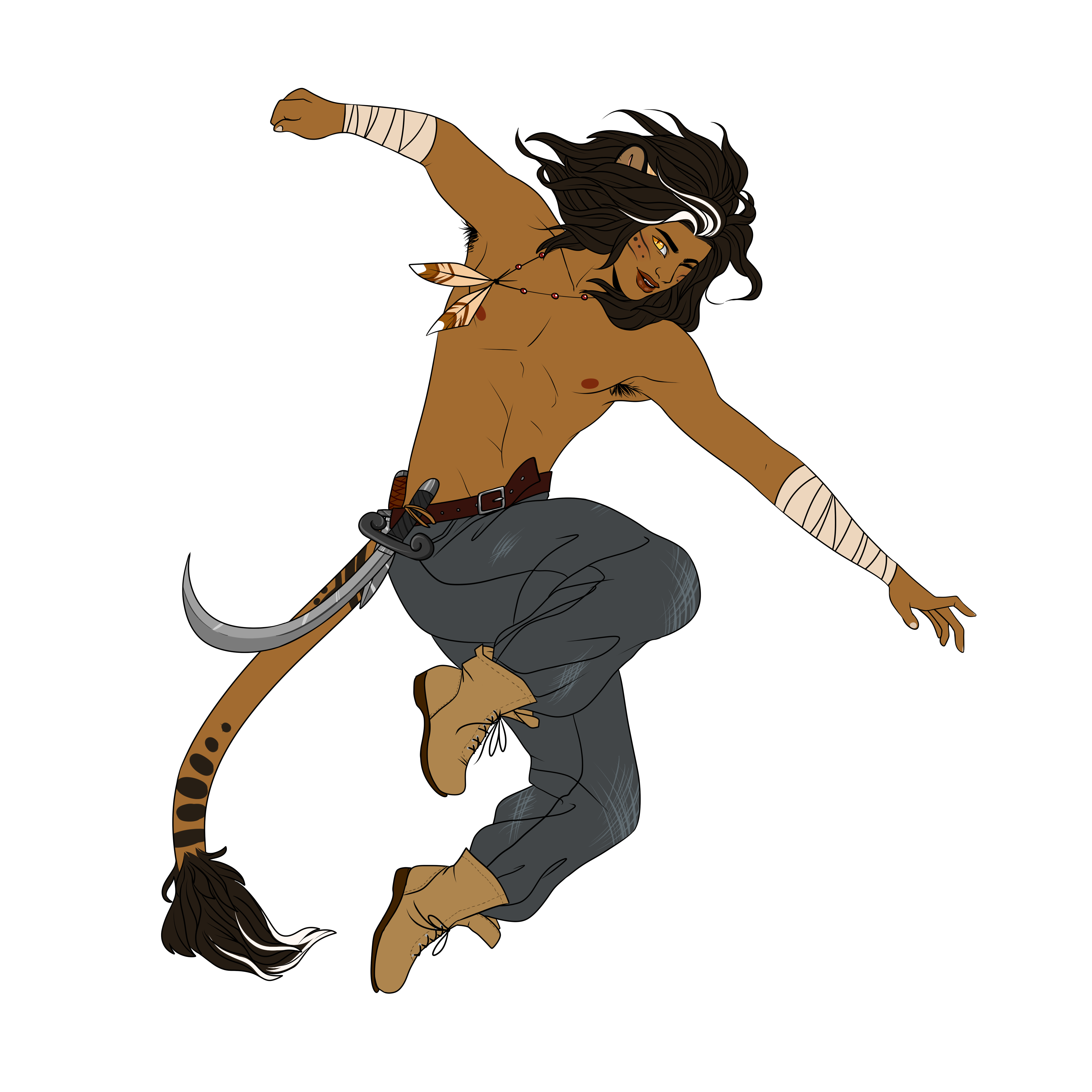 Soar to the Heavens
and Challenge the Gods 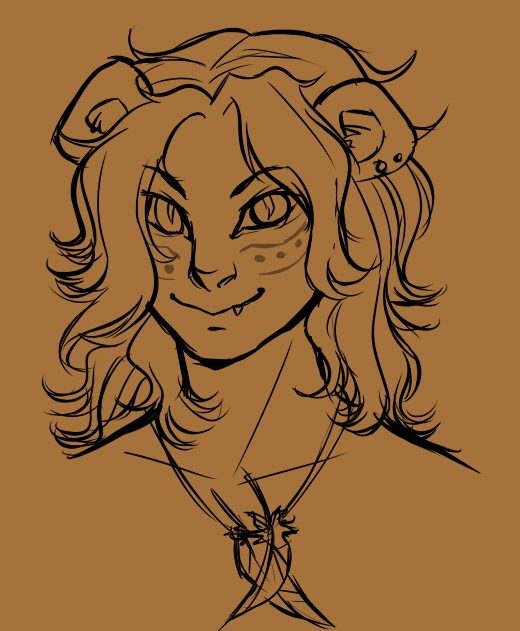 the Pride of a Pirate

Vaun is an incredibly cocky individual; confident in his abilities and his friends, he leads a band of dragonriding sky-pirates from the floating islands of the Felnovian country of Stroen'na. With a quick wit and a cunning mind, he is strategic and deadly, though by no means is he as merciless as some of his fellows.

He always enjoys a good joke, and can often be seen playing pranks on the unfortunate souls beneath him. His chaotic, fiery spirit is tempered by his bronze dragon Loki, who is the most level-headed of the pair.

Both are exceptionally protective of the members of their band - often to a fault. Vaun would do anything, suffer any injury, to save a family member or a friend, and he has more than one scar from many such encounters.

the Mark of a Warrior

XERIIN: Though he's somewhat lacking in height, Vaun is a lithe young xeriin with wild, dark brown hair. His hair falls unkempt around his face, and a few white streaks can be seen in the locks that fall around his slitted yellow eyes. He has two black-rimmed lion ears, as well as sharp fangs and claws, and a leonine tail that flicks behind him, tufted in dark brown.

Most often, he'll be seen shirtless, or with a slim vest open at the chest. He is fond of necklaces and feathers, and will attach one to whatever pendant he decides to wear, hook one in his hair, or attach it to the wrappings on his wrists. He wears loose-fitting breeches and soft leather shoes, as well as a strong belt that holds a variety of daggers and two long, slim hooked swords. 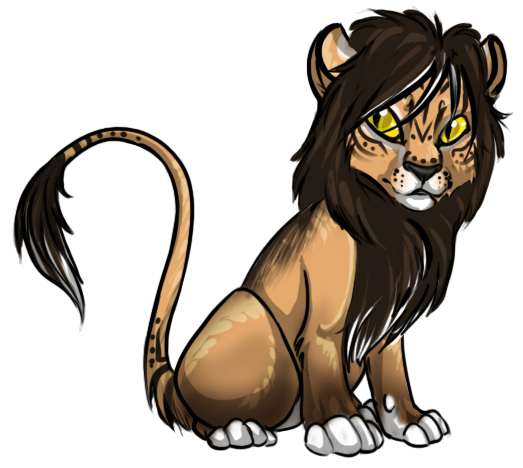 LION: In his lion form, he is smaller than the average male, with a light fawn base shading to darker browns along his back and paws. His mane is lush and thick, streaked with white in some places, and often annoys him by falling into his eyes and tickling his ears. White marks around his eyes, on his belly, and his toes, as well as his muzzle and chin.

Darker markings, almost like tattoos, mark around his face and on his tail. They are markings he's had since birth - something seen as rather unique, making many whisper about whether or not he's really a Myth-type in disguise. His ears have dark rims and white blotches on the back, and his nose is a very dark, pinkish brown.

the Claws of a Lion

Agility and speed are two gifts Vaun has come to rely on over the years - in raids with his band, he often vaults from Loki's back onto other dragons, sky-ships, or the tops of buildings with exceptional ease and feline grace. From here, he can disable another rider or opponent very quickly, though he tries to limit killing to dire need only.

He is partial to the use of daggers and knives, though he's grown accustomed to utilizing two slender hook-swords when fighting those with similar weapons. He's fairly proficient with a bow and can wield a longsword, though he much prefers lighter weapons to those with any weight.

When caught without daggers or swords, he can use his claws and teeth, as well as the shift into his lion form.

Coding & character (c) Blazeh; art (c) an artist on Wajas* and Lumi on Gryffs.
* if you see this, please let me know your name!