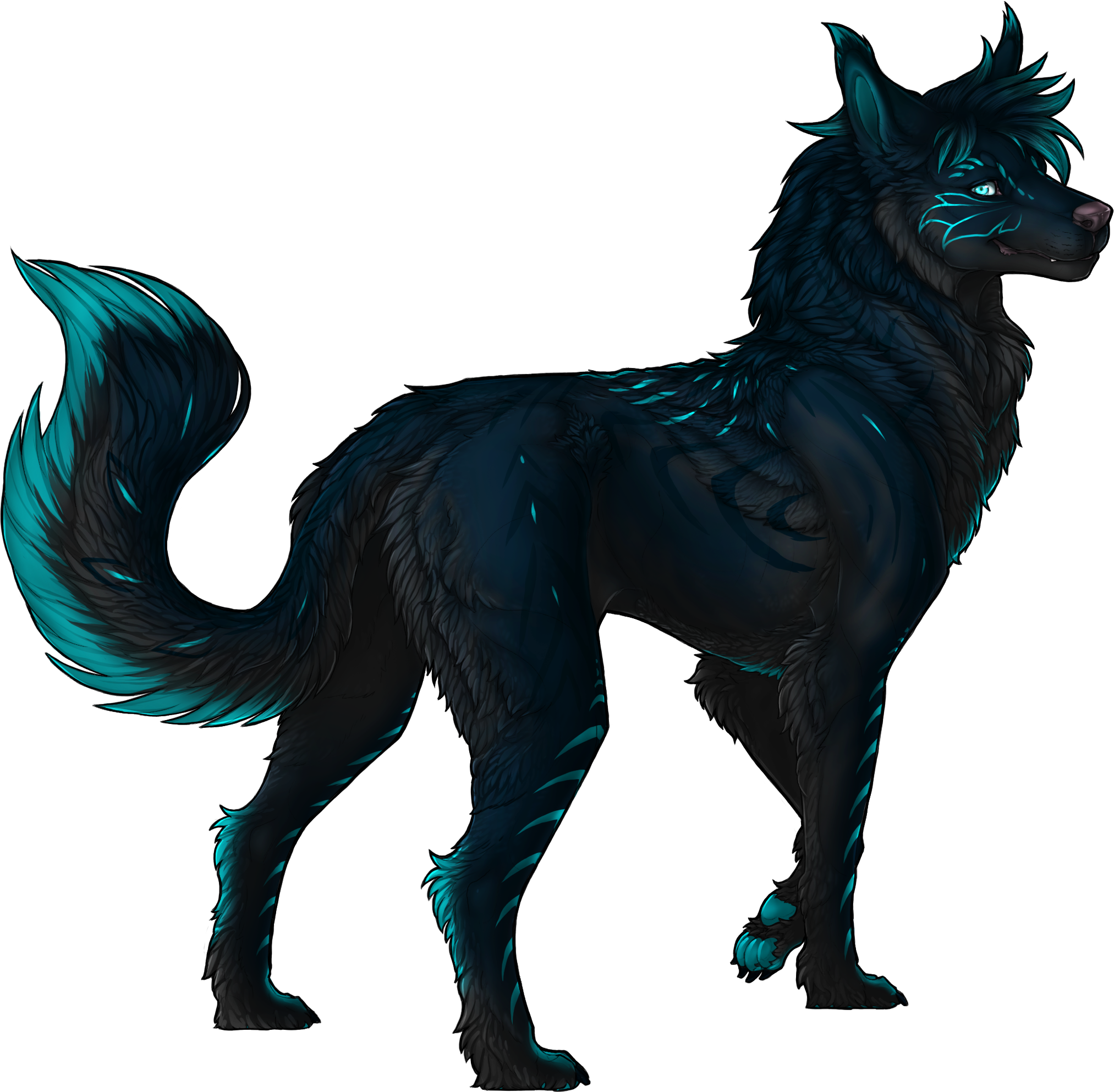 CARE FOR ANOTHER ROUND?

pretty as a picture

Coding and content (c) me; art (c) Blinkeraser, Xikhara, TalonV, and myself (others are all on dA!).
You think you can just stride in here and act like you own the place? Hate to break it to ya, but I'm gonna blast you into next year!

hear the music, baby, and step

♪ INTO THE BEAT

Vybria is an unusual, long-legged female with a bit of a lanky build, thick fur, and tufted ears. Her pelt is a dark teal color that shades to deep brown along her underparts, around her muzzle, and on her legs. A darker color appears in slashlike marks along her neck, sides, shoulders, thighs and tail, white a light turquoise flares from around her eyes, along her legs, on her scruff and along her tail. The same shade, but muted, can be found along her chest, her ears, forelock, and tail. Her inner flesh and nose is a dusky pink-brown, and her eyes burn a bright green-blue.

She sometimes wears two earrings in her right ear, and has long fur that falls around her eyes, a forelock she enjoys flicking out of her face to impress the males. Sometimes she will weave beads into her fur and other such trinkets, though in the current state of her pack, she does it much less often.

When utilizing her abilities, both the bright turquoise markings and the deep-colored slash markings will glow and pulsate with light; often in varying patterns that sweep from her face down through her body. All of her markings only glow at once when she is either shifting into her dragon's shape, or actively using her abilities to her limit.

In her dragonform, she appears as a large, heavily plated western dragoness with similar coloration. Her brown color can be found on the heavily-patterned innards of her wing webbing, and on her belly scutes - but that is the only true difference. Otherwise, the majority of her colors and markings remain the same.

Curiously, Vybria is able to take a pseudo demi-form; she may summon her horns at will and, with further concentration, her wings. However, anything beyond that is impossible save for a full shift.

why don't you hear my

Vybria has abilities that focus on sound; from compelling music to sonic blasts, she does it all. Able to control the pitch and depth of her voice to startling degrees, she can also magnify it or focus it on a single point, effectively turning a bark or snarl into very lethal weapons. She may weave spells of sleep with lilting song, shatter stone with a grating screech, or even mimic other voices or birdsong to lure in prey. She may heal the mind with soft words, or tear flesh apart with roaring vibration. Master of music, Vybria ever seeks to further her vocabulary, and someday hopes to learn the language of every living creature, be it man, beast, or even the gods themselves.

Though she may use sound, it is also her greatest bane; with the ability to seal her inner ear shut, she protects herself against her own magic, but if used against her without the warning enough to block it, it can cause a fair amount of damage. If she loses control over her abilities - often in times of great emotion - she can harm both herself and those around her. She often has tinnitus.

In times of great peril, she is able to take the shape of a large dragoness; in this form, her abilities are the same, though she has no capability of sealing off her ears and must use long-distance attacks lest she harm herself beyond repair. Her physical strength is compounded, as is her defenses, being sheathed in large, heavy plate scales that cover much of her body. As a dragon, Vybria cannot fly long distances, because her weight tends to tire her out. She is unable to shift otherwise without great concentration, as such a shift only comes easily in times of extreme danger.

strike the drums and

♪ DANCE THE NIGHT AWAY

Vybria is an arrogant, flirty, imperious she-wolf who enjoys nothing more than finding pleasure in everyday life. However, while she enjoys flirting above all things, she will neither look at nor suffer the lust of a hybrid or canid other than her own species. Quick to grin and flaunt her body, Vybria has borne the Vehn many pups, most of which are now dead. Due to this, she hates the usurper Var's massacre perhaps even more than Moku, but for her own reasons rather than morality and friendship to a packmate.

Through her travels, she found the Vehn after she had lost her first mate, and his betrayal taught her to never take life incredibly seriously. Though when angered she will go to great lengths to harm the offender (she nearly killed her first mate for attempting to savage their only pup, then left him to bleed out in the tundra), she is loyal and able-minded, and will stand beside her denmates through anything they may encounter.

Rukkbeth, her snake freya, is the only one she trusts completely and wholeheartedly. She has friends, but none she would trust her life with; her soul-companion she would follow to the ends of the earth, to Hell and back, no matter the cost just so she could be at his side. It could be said that for all the mates and males she's had and bred to, Rukkbeth was and will always be the only one she ever truly loved.