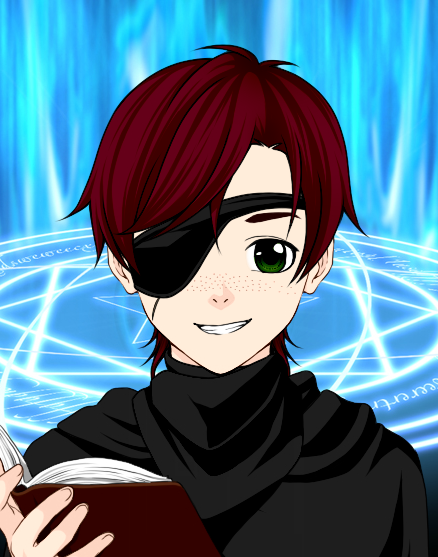 As Darius' apprentice, Zoik is being trained in the magic of the Mage Order and the element of shadow. Though he is physically incapable of any great feats - his strength is greatly limited, and his magical reserves small - he is nevertheless determined to master whatever spells he can. Right now, he can conjure small, flittering shadows for a brief handful of minutes, before he's exhausted completely.

Though old enough to have been considered an Ancient by many, Zoik holds forever the air of an innocent child. He has seen more horrors than most can claim over their entire lifetime, yet remains optimistic and happy, believing there to be a good in the world that is unhindered by the darkness all around them. First and foremost is his belief that there is light in every dark soul, a light he hopes to bring out that light in everyone.

In private, however, he is a rather brooding soul, preferring to keep his sorrows to himself. He constantly fears for the lives of those he cares about, especially that of his sister, Edge. Lastly, he harbors a mild depression over the result of Snakra's lifelong curse; that he may never fly again, never grow old, never know anything beyond the experiences of a child.

Zoik is a boy that appears to be in his early teens, no taller than five feet and a couple of inches. Generally, he wears a rather unkempt black mage's set of robes, tattered along the edges, with a scarf around his neck and a black-cloth bandage around his right eye, joining a loose headband in no better shape. His hair is a deep red and his eyes a dark green, and his pale skin is dotted in a smattering of freckles across his face. He walks with a pronounced limp and an unsteady gait, and beneath the robes he wears, he is covered in scars.

A thick scar stretches from his abdomen all the way up his right side, and his right leg, knee and thigh are crisscrossed with scar tissue, bent at an odd angle from a bad healing. Likewise, his left ankle is fused at the joint, and walking is a difficult task. His left arm is scored and pitted in a long burn-scar, and he can't hear out of his left ear. Beneath the eye-bandage is a mass of scar tissue where once there was an eye.

Clasped over the top of his robes on his left arm is a twisted metal band for his Order rank: platinum with a flashing emerald engraved with the runes M and E, depicting his status as a mage's apprentice.

His former dragonform - restricted to existing only in his mind - looks like this: 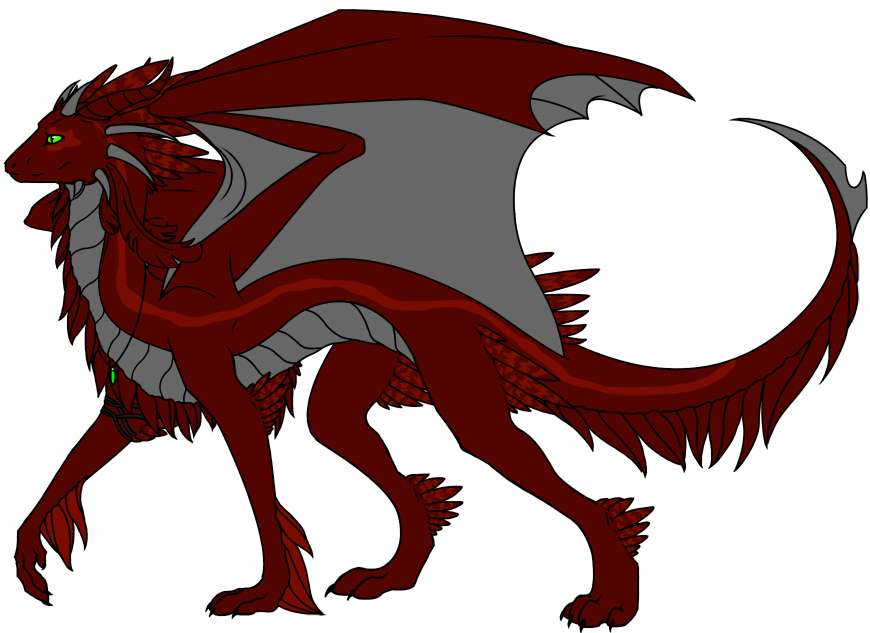